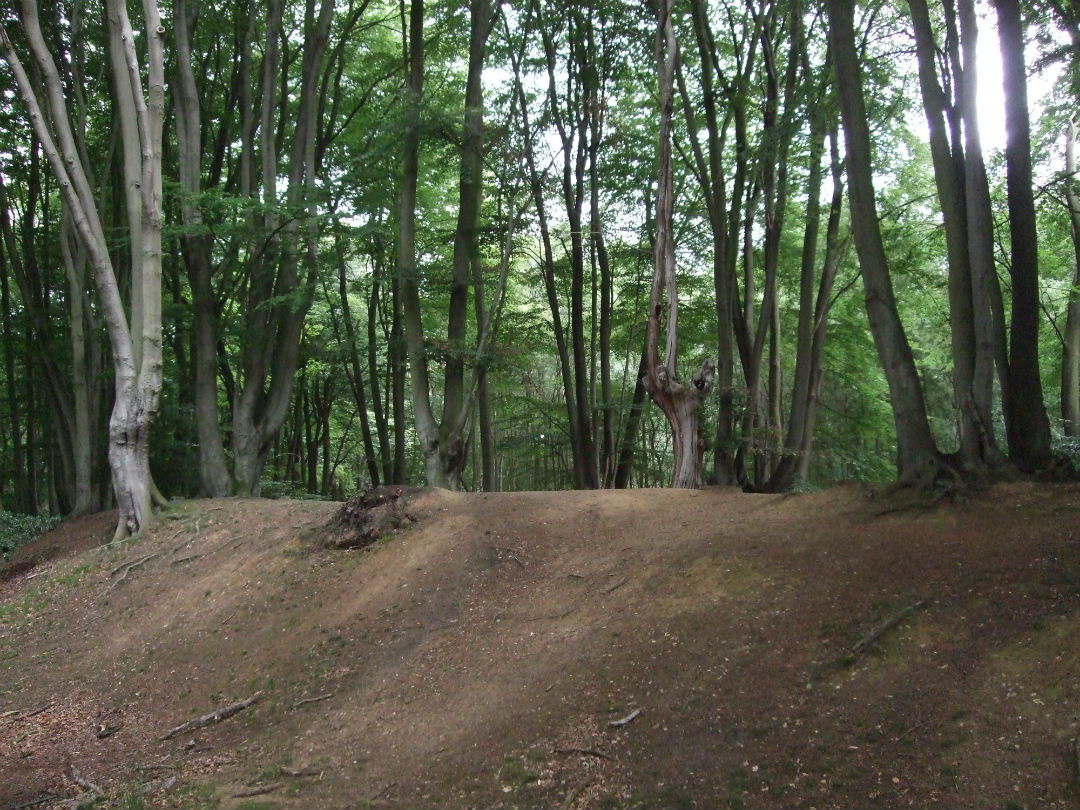 The saloon bar is deserted. Through dirty windows we can just make out a handful of empty stools and a dartboard. As I rattle the door, with its crooked ‘closed’ sign, a deluge of hailstones crashes from the sky, a warning that perhaps we should abandon our intended ploughman’s at the Sixteen String Jack in Theydon Bois. Lurking on the edge of Epping Forest, this pub is as deserted as the Mary Celeste.

Sheltering from the downpour in The Bull, a nearby boozer in Theydon Bois, my dad and I learn that Sixteen String Jack was named after notorious highwayman Jack Rann. He was hanged at the age of 24 in 1774 after being tried and acquitted no less than six times for highway robbery.

Over bread, cheese and pickle we find out that his nickname stemmed from a dapper appearance: sixteen silk strings were tied from his breeches to his knees, and he wore a satin waistcoat laced with silver. But the reason he was acquitted so many times? He always carried out his crimes dressed like a scruffbag.

There’s nothing like reading about a highwayman on the edge of Epping Forest to get you going, and now it’s time to make tracks, so we pay up and head towards the dark wood, and the start of our shortish walk in the company of some of history’s more notorious characters.

Leaving behind The Bull – which, dating back to the 17th century, must have been a regular haunt for Jack and his mates – we step out under heavy rain clouds onto Forest Drive, its name rather ironic for a sleepy thirties cul-de-sac.

We soon reach a footpath crowded by bushes and greater bindweed, and are merrily trampling leaves underfoot. Grassy fields rise up on the right, whilst, on the left branches hang low. It’s the perfect Sunday afternoon scene: pigeons coo, a meadow brown butterfly pauses on leaf, and a cockerel crows as the wind rustles through the long grass.

The path grows narrower uphill. We’re heading towards the Little Gregories, and its neighbouring Great Gregories Farm, which is named after the Gregory Gang, a bunch of 18th century bandits numbering about 20 who operated from hideouts in Epping Forest. Dick Turpin fell in with them in 1730, and such was their notoriety that, in 1735, the London Evening Post regularly reported the exploits of Turpin and the Gang – with a reward of £50 for their capture.

Unsurprisingly, dapper rogues are few and far between today as we cross a golf course to Little Gregories Lane. What, we wonder, would the gang have made of golf’s rather tame pleasures (not to mention its sartorial crimes?) Soon we cross Piercing Hill, another reference to the area’s violent past, although the only scuffles today are amongst a family of rabbits in the nearest field.

Crab apple trees line the path as we burrow into the Forest: it’s only 2pm, but already as dark as dusk under silver birches and sycamores. Then torrential rain sweeps in and we shelter under hornbeam pollards for which the forest is famous. My dad is knowledgeable on flora and fauna, and explains that pollarding was preferred over coppicing in wood-pastures because animals would browse the regrowth from coppice stools.

As the rain tumbles, it’s easy to imagine adders in the heavy ferns, but the nearest we come to spying any such predator is a single slow wriggly thing across a path. “It’s a reptile without legs, rather than a snake or a worm,” says my dad. Okaaay.

The rain lightens as we pass a series of gnarled beech trees, one of which teems with woodpecker holes, like it’s been shot by a thousand highwayman bullets. And then quite suddenly the sun pours through the skinny underwood.

We want to understand more of Epping Forest’s history and so head for one of its oldest look-outs, the Ambresbury Banks, a large 11 acre ditched enclosure built in 500 BC, originally entered via a causeway over the ditch and a passageway entrance. Local legend once suggested it was the site of Boadicea’s death by the Romans in 61: although since disproved, it’s still eerie, despite the hum of traffic, and the towering beech leaves form a canvas under the sky, under which the hornbeam pollards appear alien and bulbous.

What the hell was a highwayman?

The word highwayman was first recorded in 1617, with the famous demand to “Stand and deliver!” in use shortly after. The mythology reached its height in Dick Turpin, born in Essex in 1705. With a hideout in Epping Forest, he engaged in burglary, highway robbery and even murder before being hanged at the age of 34, in 1739 (although he was actually convicted of being a horse-rustler). Chief place of execution? Tyburn, where it was popular for highwaymen to go laughing and joking, or doing a pre-death jig, like Sixteen String Jack, meaning they were often admired by many people. The last recorded robbery occurring during 1831.

Emerging blinking into the sun we reach the Forest Gate pub, as weekend revellers sit wrapped up with half-drunk pints in hand. But we soldier on, passing Bell Common, under which lurks the M25 (the builders cut a long tunnel which they covered with a new cricket ground and pavilion).

A march down a lengthy section of main road leads us to Epping’s suburban promenade, with its fragmented sections of Queen Anne and Georgian terraces, and endless 1930s suburbs. Most notable is the fact that the town was once the last port of call for travellers before entering the forest, boasting a thirst-quenching 26 inns.

Finally, the station appears. It’s the last stop on the tube, and therefore the point where, on this occasion, we have to ride back to the city. On a horse? Now that would have been a much better look.

Start your walk at Theydon Bois tube and return home from Epping. Both stations are on the Central Line. For more info on Epping Forest, including a map, head here.