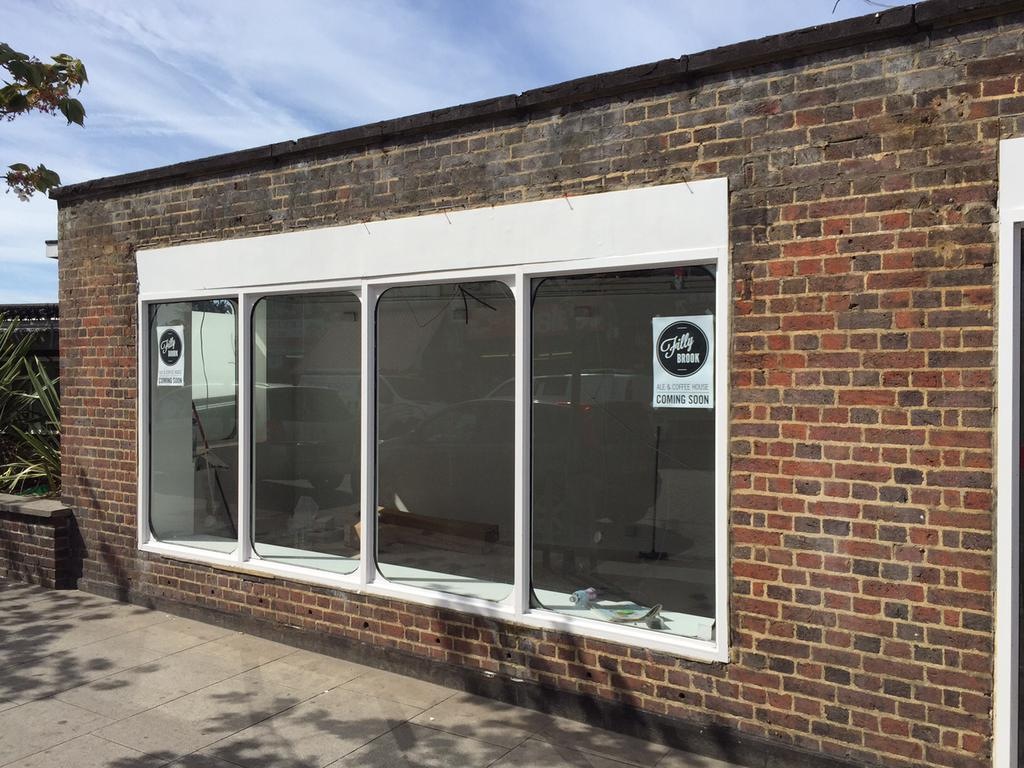 S een that space next to the tube taking shape recently? Well, it finally opens next week and sounds pretty darn mahoosive to us.

Set up by brothers Simon and James Purnell along with friend Johann Dumelie, the intriguingly-named Filly Brook (which takes its moniker from a local buried stream) will initially be around for just eight weeks.

“I’ve been living in Leytonstone for five years now and getting a café or bar established in the area has been discussed for the last couple,” says Simon. “So when the temporary space became available it was the perfect opportunity to turn the idea into a reality. Like most people in the area, we’re very passionate about where we live, and so wanted to bring something a bit different to our rapidly changing part of town.”

There are “certain limitations” with the space because of its small size but Filly Brook will, we are promised, be more than your usual café or bar. “During the licensed hours we will be paying a particular attention to the beers and wine we provide. We are fanatical home brewers, and a bit nerdy when it comes to ale, so will be focussing on local beers selected from the 70+ breweries that now exist in London.”

Wine will be selected by Noble Rot magazine with a “small but perfectly formed” selection from the people behind one of the most respected wine rags around. And inevitably, a barista is onboard to serve up coffee from Caravan. Meanwhile, lunch is all about some home prepared salads and savouries, while beers and wine will be on offer on the weekends all day right up to 11pm.

Even better, music will play a part too. Simon is a proper industry professional: he’s programmed the Lovebox festival, produced radio shows for Radio 1 and currently is head honcho at Z Records for Joey Negro. With that in mind, a vintage turntable will be in situ and there’ll be specially curated playlists with an “all back to mine” feel to accompany your coffee or ale.

And if you need further evidence of the boys’ cred, Johann has managed watering holes in Hackney including the Cock Tavern on Mare Street, while James has co-owned the Bridge & Tunnel club in Shoreditch, and also worked with Chatsworth Road market in Clapton.

This is box title
Filly Brook opens next to Leytonstone tube station on May 1 for eight weeks initially. Follow them on Twitter @fillybrook