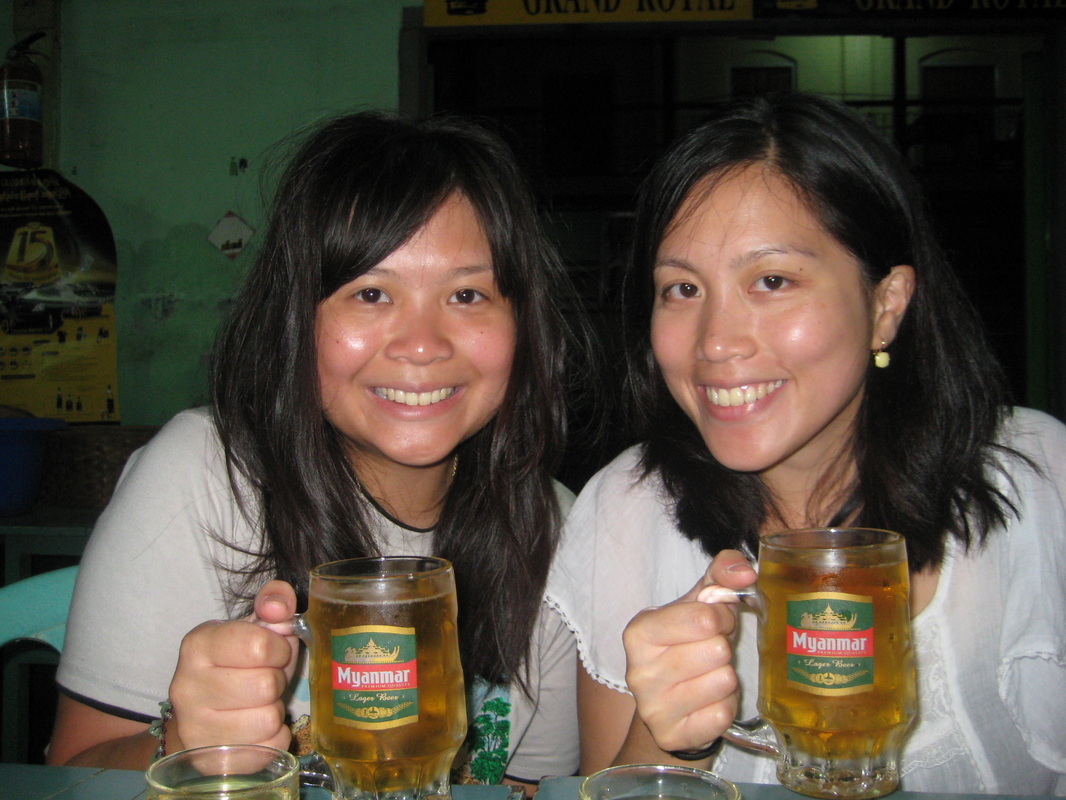 With Burmese and Chinese roots, their supperclubs are inspired by the food they grew up eating, and came about because of the lack of Burmese food on offer in London.

“Our first was part of the E17 popup series in Walthamstow, as we figured Burmese food would be something unique and interesting; it went really well. Our aim is to spread the love as it’s not something you can easily find in London,” says Emily.

Burmese food takes influences from the countries that border it – China, India and Thailand – but it’s very much its own thing, combining flavours and textures in innovative ways.

“Our menus feature a lot of recipes we grew up with, and we try to contrast the richness of Burmese curries with the tart freshness of the salads you can get there. Ooh, and dessert is VERY important to us, we want our guests to leave filled and happy.”

In the run up to the Sister’s most recent supperclub they revealed the finalised menu, and shared pictures of them trialling dishes, and prepping ingredients on their social feeds.

Arriving at Tina We Salute You E20 at 7pm on a chilly Saturday, three tables, seating a total of 32, were set with vintage-style glass serving dishes loaded with limes and coriander, tins and jars filled with daisies and multicoloured chrysanthemums, highly-descriptive menus to whet our appetites further, plus serving suggestions to maximise taste.

There was just time to get a drink from the bar and meet our tablemates before the first course arrived. The starter, mohinga, was served in white blue-rimmed earthenware bowls, and combined a thick soup of slowly simmered catfish, lemongrass and shallots with noodles, boiled egg, garlic and a crispy fritter.

Topped with a squeeze of lime, a swirl of fish sauce and fresh coriander, it was a taste-tripping, texture-mash-up of a dish and apparently the national dish of Burma. With good reason, I’d say, based on the Rangoon Sisters’ version.

Serve-yourself sharing bowls of chet thar aloo hin, a slow-cooked thick curry combining onion, garlic, potato and chicken, and khayan thi thoke, a light salad of smoked aubergine, dried shrimp powder, raw and crispy shallots, sesame, lime and garlic, were placed in the middle of the table – and we dug in. Once again there was an epic fusion of flavours and textures: I didn’t want this course to end.

The few times I’ve had a meal fancy enough to involve a palate cleanser it’s been some kind of sorbet, but in Burma pickled tea leaves do the job instead. Mixed into a salad with tomato, cabbage, shrimp, chilli and garlic oil, and served in a lettuce leaf to create lahpet thoke, it was quite unlike anything I’d eaten before, with the flavours and textures to much-better-than-a-sorbet delicious effect.

For dessert we doubled down: mango and lime cheesecake (not traditional, but inspired by Burmese flavours), and more traditional sanwinmakin, a cake made with coconut milk, semolina and poppy seeds. Generally I prefer cheese to dessert, cheesecake being the one exception, and the Rangoon Sisters’ take was up there with the yummiest – ginger biscuit base, melt-in-the-mouth middle, zingy topping and crunchy sesame crumb were party-in-your-mouth perfect. Sanwinmakin reminded me of Indian desserts and, while I enjoyed the coconuty taste, it’s the savoury Burmese dishes that won my heart.

And with that, not long before 10pm, it was all over. With the Rangoon husbands serving the food, Emily and Amy popping out to say hello as the desserts arrived, looking remarkably unruffled considering they’d spent the day cooking up a storm – and the Rangoon Sisters’ mum a guest of honour – it was like being part of the family.

Seating was cosy, but that just made it easier to chat to my tablemates, all of whom were super-friendly. At just £30 a head the Rangoon Sisters’ supperclubs are great value, so it’s no surprise they’re selling out increasingly quickly.

Oh, and by the way they also offer a vegetarian menu. So no need for anyone to miss out.