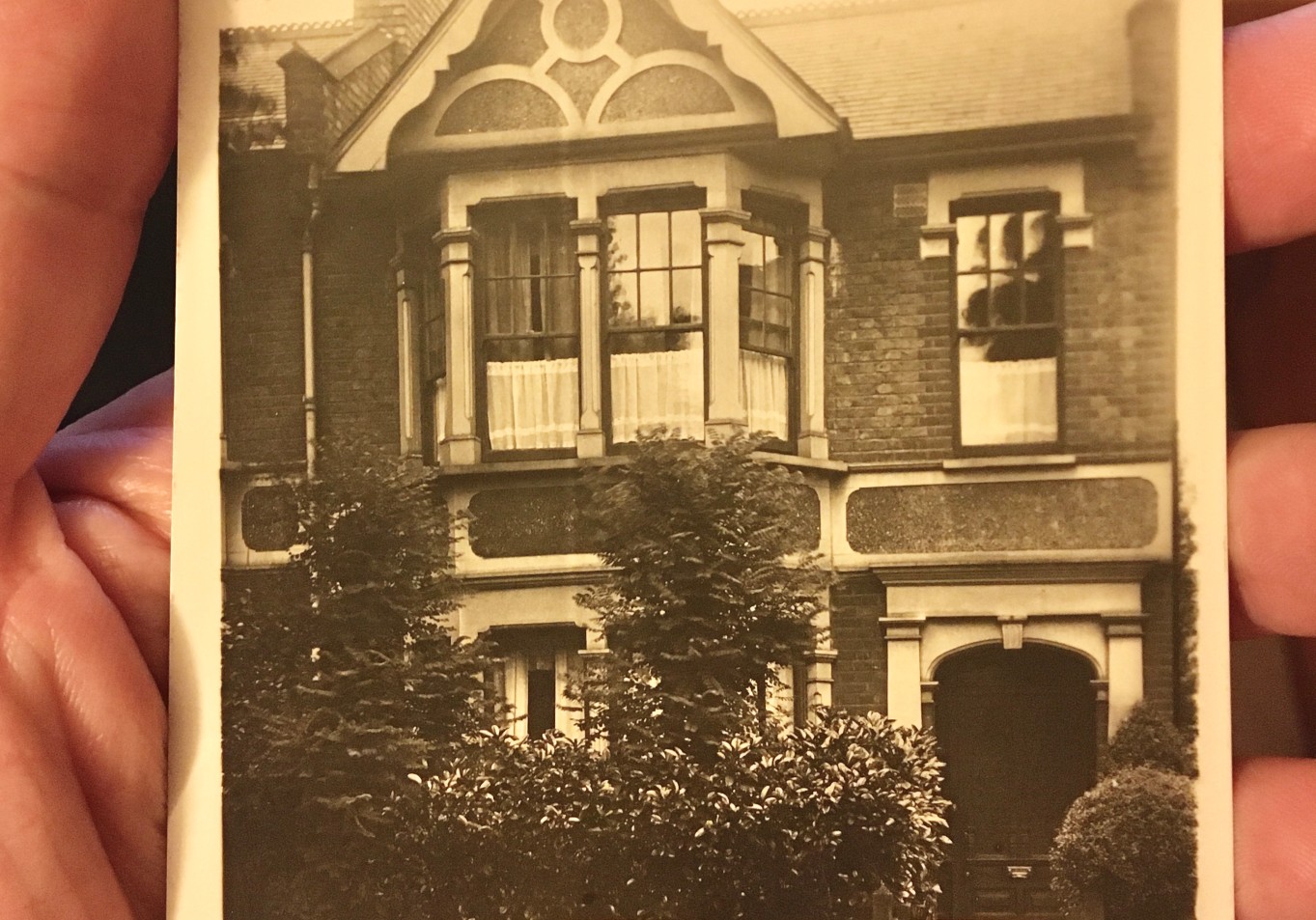 I‘m originally from the outer suburbs of South London, but have been based in Leytonstone for the past seven years (before that – cliche alert – it was Hackney after leaving art school).

Like many of us, I moved to E11 to get a place of my own and stay connected with my friends across the border. People see my Instagram account and ask if I’m an architect, but I’m actually a graphic designer, and work in-house at Sotheby’s, looking at beautiful things all day long. It’s essentially an ever-changing museum.

Confession alert: I’m obsessed with houses – and their stories. Perhaps I could have been an architect in another life, or perhaps many of us have an architectural mind without the formal training?

When people think of architecture, they often think of new builds and modernity, but I’m much more interested in the historical analysis of the late Victorian and Edwardian suburb. ‘It’s all archaeology’, as Phil Harding would say, and the same is true of exterior elevations which tell the story of over a hundred years of modifications.

I suppose what’s interesting is mentally excavating, rather than skimming the top soil. It’s a love that dare not speak its name (nor for that matter, mentionable on a first date) but it’s essentially local history. And yet, let’s face it, there are enough Barbican worshippers with ‘I love Brutalism’ tote bags, so perhaps I should be allowed to fly my freak flag.

I’d argue that it’s seemingly impossible to be human and not have an awareness of architecture. The suburb I grew up in – um, Croydon – was built in the first quarter of the twentieth century, and a somewhat romantic affiliation for this (quite large) epoch came out of my former years. ‘You’ve always been very observant’, was a retort my mother would give me on my early childhood rambling about my environment, though I suspect it was her way silencing my annoying comments.

Still the relationship with buildings, history and lives continues in my head as I walk down any given street in Leyton or Leytonstone. Over the next two weeks I’m going to reveal ten spots that you could incorporate into your #dailywalk. Without further ado, here are the first batch.

The sepia photographic postcard that is the main featured pic, above, was listed as an ‘unknown house’ on eBay. But the decorative half-timbering (or rather, rendering) stopped me in my tracks, and I recognised it instantly as a house on Essex Road South, so went about trying to find it. I looked at every house on the road, but two features in the photo didn’t match up with the houses I was presented with – the ventilation grill was tight against the box bedroom window (on Essex Road they were further apart) and the chimney was slightly higher than all the rest. However, this style of house also extends to James Lane, so next I examined all the houses there. My heart sank when the style of housing eventually changed and I was left feeling unrested, until I could see in the distance that this style of housing continued yet again in another pocket of the Lane. And – hallelujah – there she was: ventilation grill tight to the window, chimney higher. When I took a closer look at the original photo, I could see that this was an end of terrace, and ivy was climbing up the side exterior.

E11’s Forest Road is a road which Stefan Muthesius would say has ‘Queen Anne front and a Mary Anne back’ — that is to say a facade which faces a row of back garden fences. Although town planning in Leytonstone was haphazard, it’s surprising that such a narrow lane was approved. It’s almost a kind of mews, sandwiched between the grandeur of Forest Drive and Hainault Roads. The lane aside, what we have in front of us is an example of economical housing built during economical times. Eight flats are crammed into this plot, with a carbon copy of this building butted up closely behind it. For me, it stands as a kind of Hollywood western facade, (a walk around the side reveals wrought iron staircases and precarious wooden porches leading to the first-floor flats). Built almost entirely without architectural merit, graced only by an Art Deco pediment and octagonal side window, it is all the more compelling and relic-like for its visual deficits.

Have you wondered what Britain looked like on VE Day? Well, here it is. This is Wallwood Road, Leytonstone. Perhaps the eldest sister who lived here wasn’t like the other girls in the munitions factory. She didn’t feel liberated by work. Instead, she couldn’t wait to be a kept woman. The other girls had teased her for wearing gloves whilst she operated the machinery, but now they’d be sorry. The war was over. No longer would she wake up in the mornings and pour herself a weak coffee. A life of fur coats, Max Factor and Carmen Miranda turbans awaited her. Gleaming motor cars would pull up outside as her curtain twitching neighbours looked on. It wouldn’t be long now. Besides, her boss was a bitch and she’d been waiting to tell her where to shove it for a while. If only they’d clear away the bomb site opposite, or open up an orphanage elsewhere. The children kicking a ball against the derelict wall was particularly bad for her hangovers and she didn’t want their greasy hands touching her gentleman callers cars. She’d actually campaign for that orphanage. In truth, I never want this house to be renovated. I want it to keep its faded green door forever.

The extreme east of Lea Bridge Road. Do you think this is an original feature, where Edwardians spent five minutes saying to each other back and forth ‘After you’… ‘No, no, after you’? Or is this some kind of brutal interwar conversion?

Look at this beauty! But: here’s a thought for you. Anyone who studies American historic homes (Queen Anne’s etc) knows that they’re colourfully painted from head to toe. Yet in England any such painting or expression of individuality is deemed bad taste. Or we think to ourselves that ‘they must be a bit eccentric’. This default thinking for neutrality may well be a hangover from the legacy of large swathes of whitewashed neo classicism of Pimlico and Chelsea (which in turn is falsehood as we all know Greek temples were colourfully painted). In any case, the American visitor must be struck by the seemingly bland neutrality of our homes. Incidentally, I long for the day when my front garden looks this good.

For more of Michael’s choice picks of houses across E10 and E11, read next week’s instalment. Follow him on Insta @michaeldelalama

Is it really our 6th birthday in February 2021? Wowsers. Sadly the ongoing, endless lockdown means our current ad revenue is almost non-existent. As readers and local businesses we need your support more than ever to keep delivering ‘good-news’ cultural stories that celebrate our wonderful neighbourhoods. Every contribution, however big or small, is invaluable in helping the costs of running the website and the time invested in the research and writing of the articles published. Support Leytonstoner here for less than the price of a coffee and it only takes a minute. Thank you.