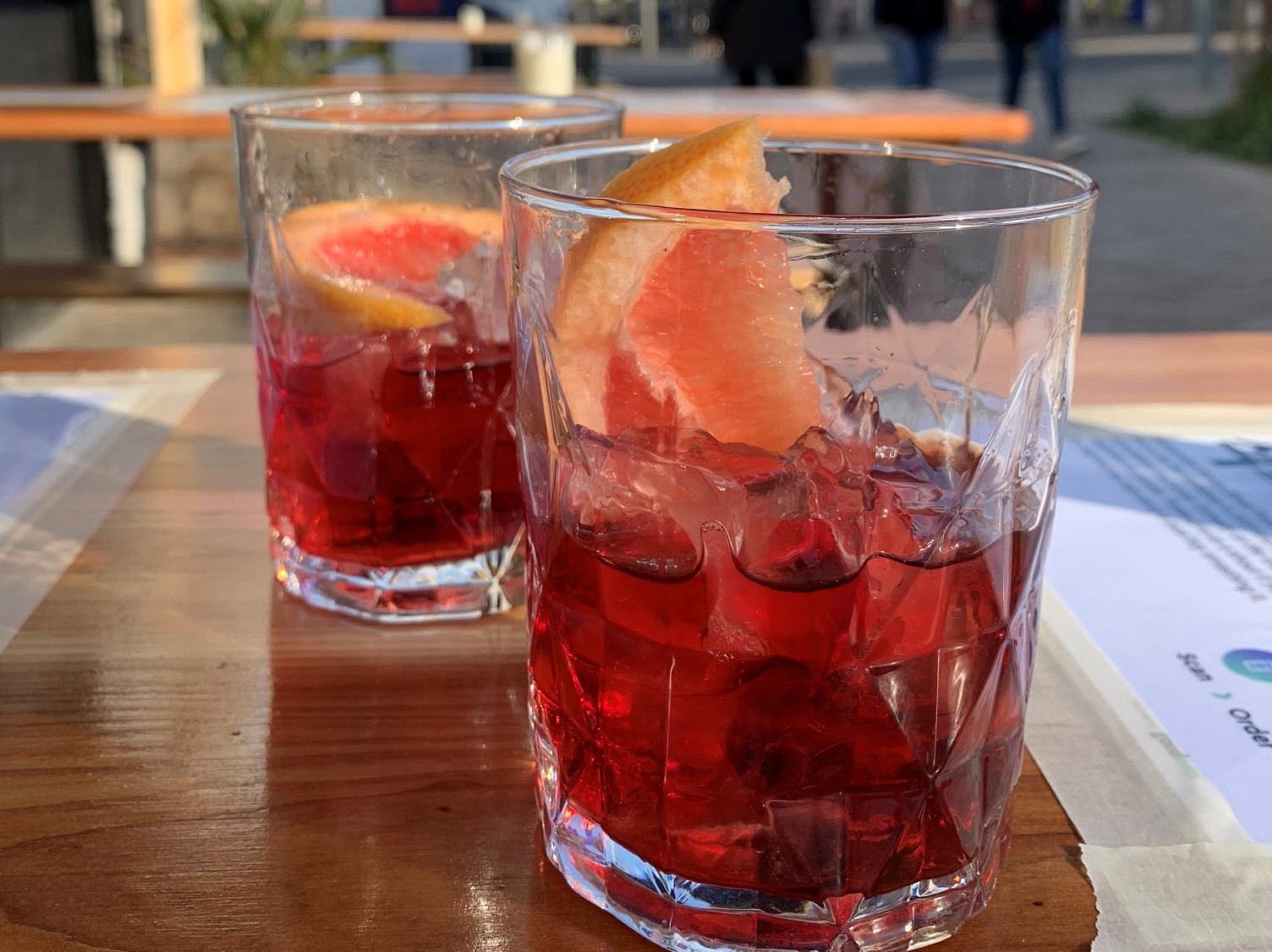 Sure it was arctic, but that didn't stop a full house from enjoying the boozy new Francis Road pop-up

Hell, it was a little chilly, but the one thing we learnt from being early birds at the brand new Jellied Eel pop-up is that you’ll be able to soak up the evening sun. Even when “it feels like” five degrees, according to your shivering Iphone. Brrrr.

So, wrapped up in the requisite four or five layers, we basked outside Strange Brew, on one of the four bierkeller benches – there’s seating for 28 – and pretended we were sipping a negroni in an uber-cool Scandinavian second city. After all, you have to take a holiday where you can these days.

Ah yes, those negronis (main picture, above): blood-red and potent as ever, this was our first one out in an Actual Licensed Establishment since early December. Which made its addictive bitter-sweet notes even more welcome. The other surprise was the Blood Orange Margarita, a must-try which pairs gold tequila with blood orange cointreau, campari, a little bit of marmalade and salt. Down in one. Nearly.

After two rounds, with no heaters (as yet), we ‘fess up: we gave in and scurried back home for a hot dinner and lashings of red wine.

But, as we left, it was cheering to see that every table was taken by hardier souls, and the atmosphere, with its gentle soundtrack, was brilliant. In fact, it almost felt like a new corner pub on Francis, underlined by the fact that the team also serve beers (bottled only) and wines, as well as mocktails: it’s not just about eye-watering libations.

Post-May 17th, says owner Paul, there’ll be seating inside Strange Brew, too, whose interior will, we think, easily mutate into a cosy, candle-lit speakeasy.

It’s our sixth birthday this year. But due to advertising revenues in freefall, we need your support more than ever so we can keep delivering ‘good-news’ cultural stories that celebrate our wonderful neighbourhood. Every reader contribution, however big or small, is invaluable in helping the costs of running the website and the time invested in the research and writing of the articles published. Support Leytonstoner here for less than the price of a coffee and it only takes a minute. Thank you.