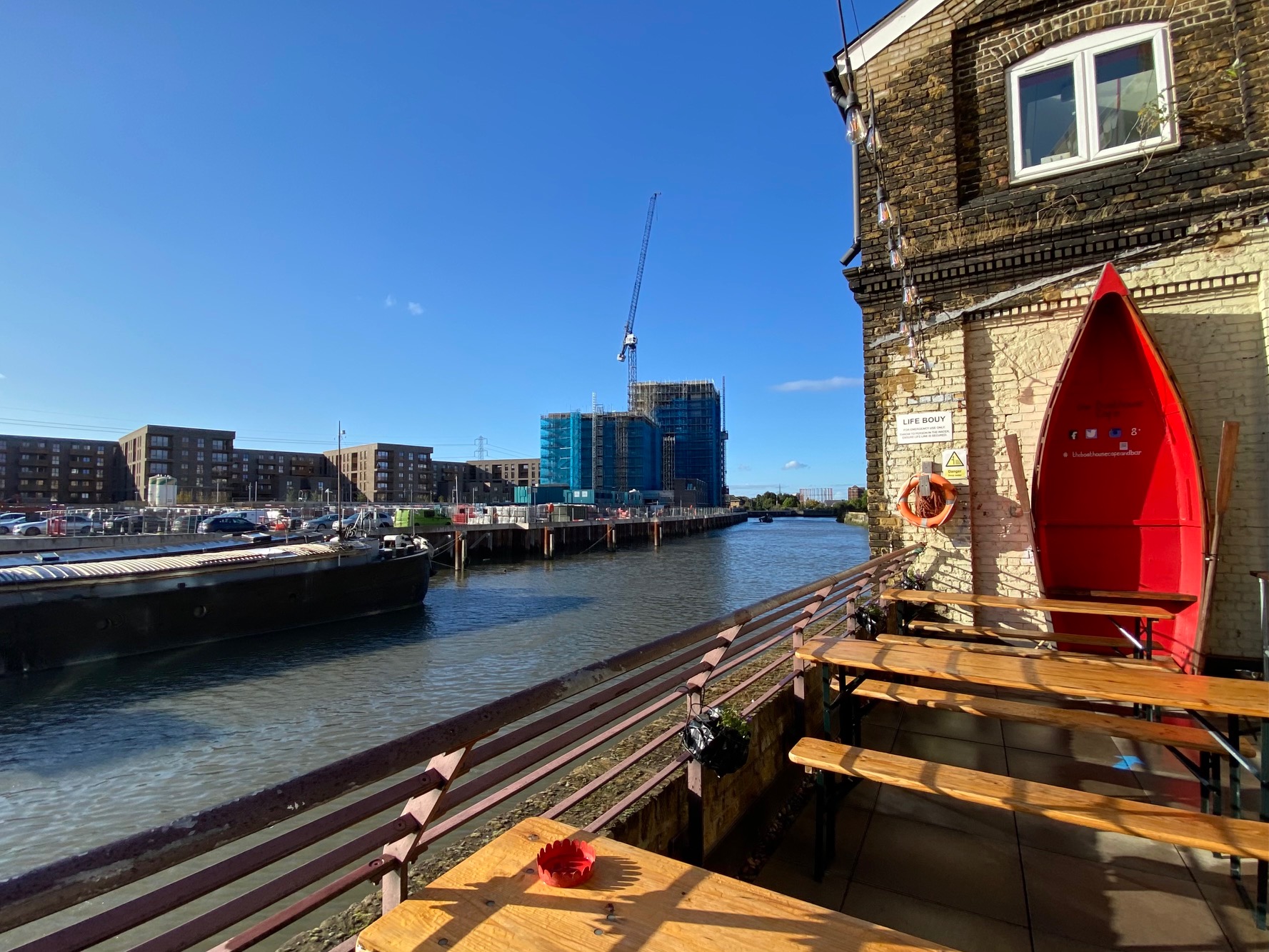 Perhaps oddly – to some, anyway – the idea of Barking has always appealed to me. There’s its relative underdog status, the whispers of artists’ studios and regeneration, and the astonishing depth of history that surely can’t really disappoint.

And yet I’d never actually been. The surprise – when I was wasting time on Google Maps the other day – is that it’s only around five miles south-east of Leyton and Leytonstone, depending, of course, on where you live exactly.

As I discovered on an impromptu sunny autumnal afternoon, it’s easily walkable. Strut diagonally cross Wanstead Flats over to Alexandra Lake, with its legions of waterfowl, and appealingly photogenic curved shoreline, and then march straight down through Manor Park towards East Ham.

Here you’ll pass the Sri Mahalakshmi Temple, built in 1989, as well as dozens of Indian restaurants and food stores. These I made a mental note to explore on another visit.

After reaching East Ham tube – don’t miss the striking deco Station Parade signage opposite – chuck a left along Burgess Road. At its very end, where it bleeds into Watson Avenue, climb the pedestrian bridge by the atmospheric old gasworks over the North Circular. There’s a definite moment of smugness glancing down at the choked lanes of traffic.

Then snake down alongside the motorway, cross busy London Road over the River Roding – and you’ll reach Barking Abbey Grounds. The walk is an easy one-and-a-half to two hours, again, depending on how much you want to stop.

The fascinating thing with Barking – and this is your reward – is its antiquity: getting on for 1500 years old, history seeps out of its every pore. River Roding aside, with its windswept views from the town quay, the other main attraction by the waterside is the leafy park which contains the walled ruins of Barking Abbey, which, unbelievably dates back to 666 AD.

By 909 it had been built as a female-only nunnery, and by 1066 William the Conqueror ruled the country from the abbey while he was building the Tower of London down the road. Sadly, it was game over nearly 500 years later when Henry The Eighth shut it down in between chopping off his wives’ heads.

Fast forward another five centuries and today the Curfew Tower is the only part standing, while St Margaret’s Church and graveyard make an attractive stroll. In short, I quickly realised this town is way more interesting than just being the last stop on the Overground from Gospel Oak.

The waterfront is home to the dozens of apartment blocks springing up. A perfect pitstop-with-a-view is the charming Boathouse Bar (featured pic, above) in the old Ice House Quarter, home to repurposed old industrial buildings, including Bow Arts and the Laura I Art Gallery.

Just as I arrived, anticipating an alfresco pint on its cosy terrace positioned to capture the daytime sun, columns of rain swept in and instead I sat inside its tiny, characterful room with framed prints, a piano and quirky bar. You’ll be pleased to hear the owner Derrick is from Leytonstone, too, so handy with the craft beers, cocktails and a decent menu of vegan options, mezze as well as pulled chicken tacos.

Walking back up the high street to the station, two restaurants in town tickled my fancy, now firmly earmarked for next time: the intriguing Christina’s Casual Steakhouse, where rump and chips is from £18; and the stylish Wood Oven Turkish Grill, just up towards the station, busy with punters even at 5pm.

Taking the Overground back, within just nine minutes I was in E11. This mini adventure, I realised, is why, with just the tiniest bit of effort, you can really never tire of London. There are always pockets of interest waiting to be discovered, backlit by the deep throb of history.

The quickest route to Barking is via the Gospel Oak-Barking Overground line. Find the Boathouse at The Malthouse, 62-76 Abbey Rd, Barking IG11 7BT, more info here