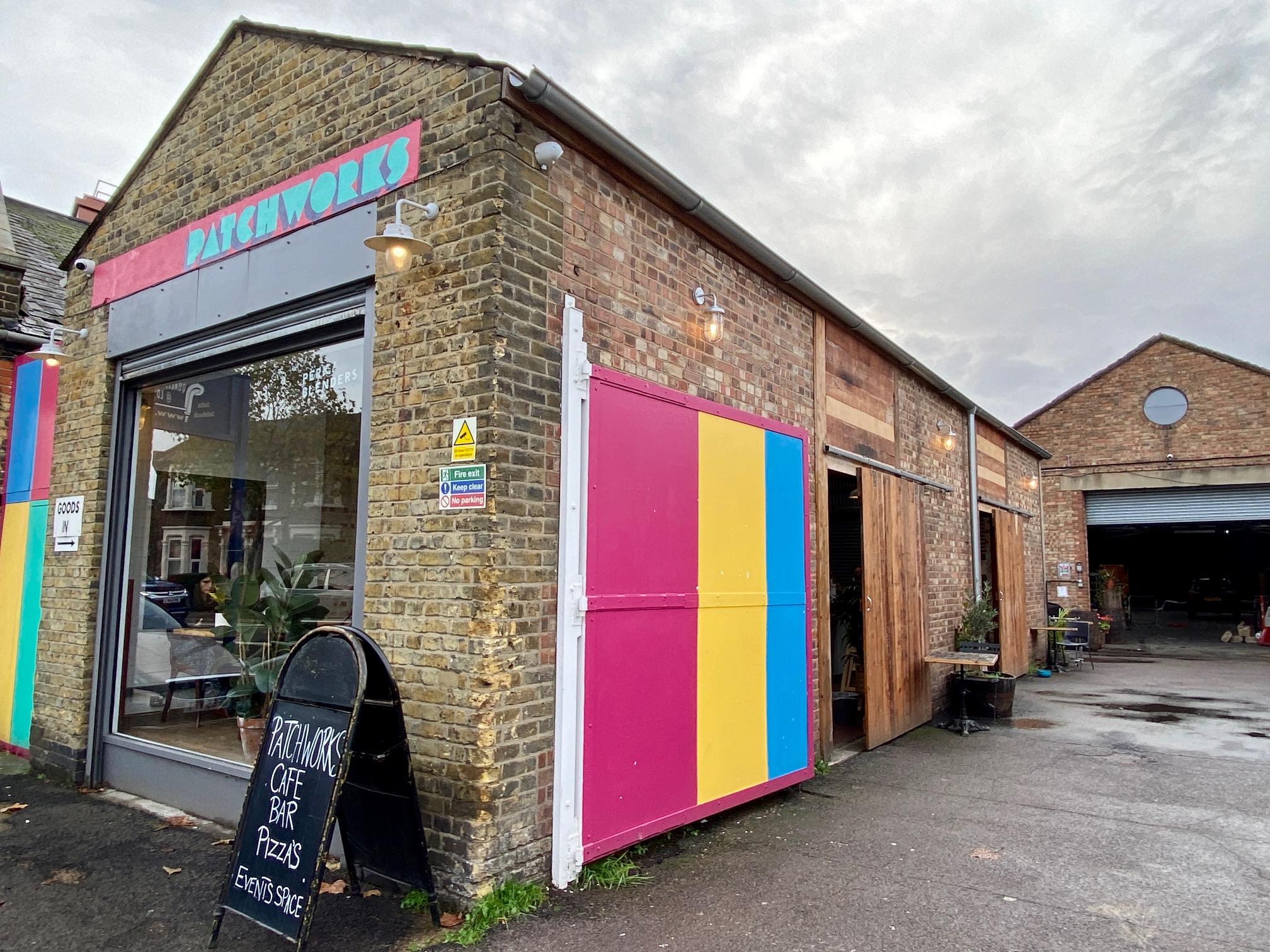 Two vibrant markets take place from this weekend, plus a one-man show and Waterworks fundraiser

We love Patchworks: it’s a unique, forward-thinking venue for Leyton and one that the whole community needs to support for its continued existence. A mellow hangout for freelancers-with-laptops midweek, it’s also a lively destination come weekends.

For the uninitiated, it’s a not-for-profit organisation founded by local resident Warren Menkenrick. As a child, he remembers walking from Walthamstow to Leyton Football Club on his father’s shoulders to watch the games.

Warren cherishes fondly those early days of his life and the incredible sofa factory building that he used to see as a kid. So, when he saw the opportunity to purchase it in 2020, he did; and he’s joyously reclaimed it as a community hub, welcoming everyone to come into the coffee shop for a slice of cake and tea, or a slice of pizza, or a beer (local draft Signature, since you’re asking). The building is wheelchair-friendly, everyone is nice and approachable, and you can even have a go on the ol’ joanna (pictured below).

One regular event that’s worth catching is the Community Culture and Street Food Market, which takes place this Saturday 19 November (11am – 7pm). It started in July after conversations with members of various diverse groups, agreeing there was a need for a regular space where cultural items produced by small and independent traders could be displayed in a retail space.

There’s an emphasis on vegan streetfood (although carnivores won’t leave hungry), as well as fruit and veg stalls, crafts, fashion, health and beauty products and more. Not to mention DJs and music, too, to soundtrack your experience.

And that’s not all. On Saturday 19th November Patchworks also hosts the Windrush story Streets Paved with Gold, performed by award-winning actor and playwright Victor Richards. This 90-minute memoir looks back at the journey from the Caribbean to England, made by thousands of Caribbean people who have gone on to settle in boroughs like ours, and the ups and downs, loves and laughter of life in Britain. Tickets from £5 here, doors 630pm.

Thanks to Trodition’s Alyson Hewitt-Cole for the story of Warren Menkenrick. Main image: Stephen Emms

The next two dates for Trodition’s Culture Market are Saturday 19th November and Saturday 3rd December, 11am-7pm. The Blackhorse Atelier jeans will be on sale at Patchworks on 19th, 26th November and 3rd December to raise money for the Waterworks Park. Patchworks, Church Lane E10, follow @patchworks.xyz, website here

Sorry to interrupt your reading, but right now finances are especially tough here at Leytonstoner. Although we are now 7 years old and have a bigger audience and social media following than ever before, with rising Mailchimp and hosting costs, as well as advertising revenues in freefall, both Leytonstoner and our small network of independent online titles are at risk. As readers we need your support more than ever to keep delivering ‘good-news’ cultural stories that celebrate our wonderful neighbourhoods. Every reader or business contribution, however big or small, is invaluable in helping the costs of running the website and the time invested in the research and writing of the articles published. Support Leytonstoner here for less than the price of a coffee and it only takes a minute. Thank you – Stephen Emms, editor