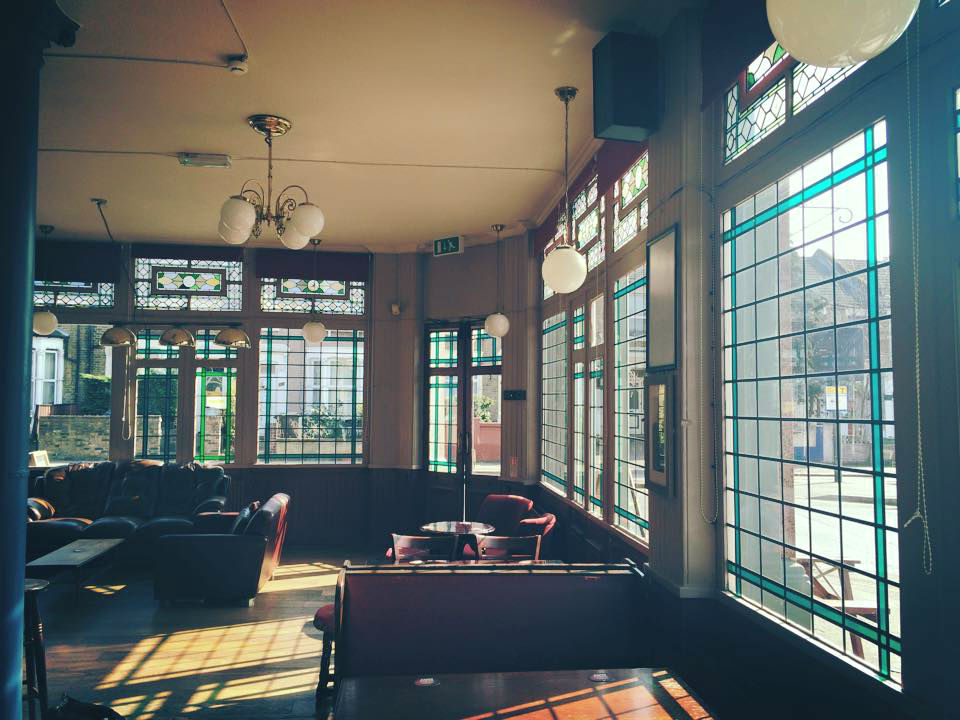 Buying the Northcote all on my very own has, I think, been my biggest achievement. It was basically a massive change of career.

I worked as a teacher for 14 years: health social care for kids on the child protection and special needs lists, so very rewarding. But it was time for another challenge. And I knew I wanted to return to the traditional East End Sunday cabaret of my youth well before I pitched for this pub back in September.

(In fact, I have great memories of being heckled on Sunday evenings in Bethnal Green boozers, although – I have to say – the queens were much more brutal then.)

So, now I had the pub, how to start a cabaret from scratch? An arty friend of a friend in the biz kindly gave me three useful names: Topsie Redfern, Ginger Johnson and Myra DeBois. As I researched them (thank gosh for social meeeja) I quickly realised they were well out of my league. I mean, they’re amazing and quite frankly play far superior venues to our little pub; but still, I nervously emailed them anyhoo.

I was nervous about pitching the idea. I mean, I was asking them to come and gig in our working class, predominantly male East End boozer (as it was then), where the first few Sundays were bound to be so quiet you might have to sing to the walls. But don’t worry, I assured them, I promise not to put up with any homophobia.

The good news? They were so positive from the very start. They promised to try and convince some of their colleagues to join the team to create a bi-monthly rota of five performers. While some did indeed need persuading, we haven’t had a single act who hasn’t wanted to return. The credit here has to go to many of our wonderful regulars who embraced the show in those early days. Topsie had them eating out of the palm of her hands with her cheeky audience interaction from the first show.

We’ve then been able to add more acts to create seasonal variety, all friends of friends. One week you might find yourself with Michael Twaits belting out his huge repertoire of West End classics, on another Cosmic will “roll” out old East End with the most fabulous Italian wigs you’ve ever seen; and then feisty, witty Myra DeBois will have her audience in total, awestruck silence.

Who else? Ginger Johnson, with her saxophone and rather rude poems; and Topsie measuring up the lads for the best bum competition. The comedy teamwork with Sarah is crucial to the performance: her gentle musical guidance and tutoring is one in a million.

We’ve worked hard to get the word out as it’s a weekly night. Our new patriots are very loyal to the show and promote it wildly on social media, have helped me leaflet and bribe friends to come along. And we’ve had friends of the show surprise us with presents of stage lights, specialist mics, amps and speakers, keyboard, build us a stage.

One ran the sound for the first six weeks, as I didn’t have a clue what I was doing and am pretty useless with anything with a plug. Performers have to put up with my amateurness: a massive investment in music equipment is, I think, needed (to my horror a customer answered his phone at the front table last week). I’m not sure why the performers even put up with me.

But as I write, I’d like to boast that all three original acts I cold-called back in September are now part of our team.

And last Sunday, which featured the lovely Lady Celeste, was our busiest yet but we’ve still a long way to go. Candy Slag in Drag headlines this weekend making her Northcote debut. So here’s to another fabulous side-splitting-laughter-amongst-friends night.

This is box title
Drag Out The Weekend takes place every Sunday evening from 7pm at the Northcote, 110 Grove Green Road E11. Follow them on Twitter @northcotee11