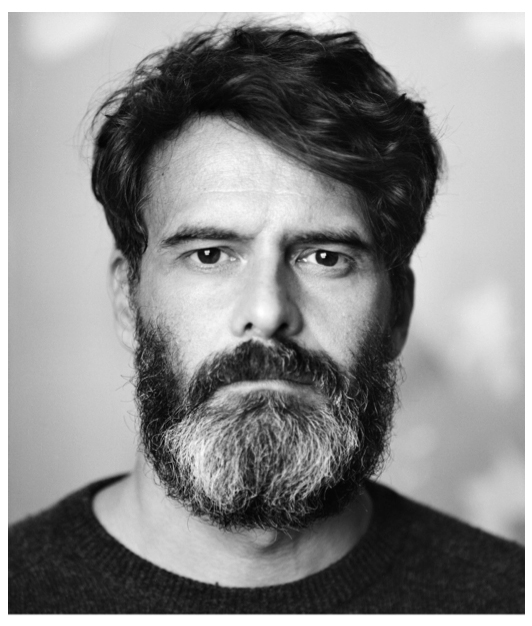 Aprofessional music producer living in Hackney Wick, David Gledhill has made records over the past ten years as SLO-MO, Gledhill and Skint & Demoralised. This month he releases ‘I Wait For You’, the debut single from his latest project, Souls. An album called Release is set to come out next year, but in the meantime, the debut single, which features a recording so rare the female vocalist’s identity is unknown, is already garnering support on BBC 6 Music and Radio 1.

When were you happiest?
July 18th, this year. My wedding day. Such a joyous occasion.

What is your favourite sound or smell?
Frank Sinatra’s voice. The man was truly gifted. No-one can touch him. My favourite smell? Freshly made coffee.

What is the most important lesson life has taught you?
That it’s very short – and love is absolutely crucial.

What is your earliest memory?
Hearing my father practise his piano scales relentlessly. I still struggle whenever I hear anyone practising scales.

What makes you unhappy?
Same as everyone, not having enough money and not having enough love. We all need plenty of those two things in our lives. Oh, and cyclists dinging their bell at me when I’m taking a leisurely stroll on one of London’s many fine canals. Just slow down and stop dinging me please!

What simple thing would improve your quality of life?
I really like being by the sea, so that’s what I would like more of.

What is your guilty pleasure?
Bad films. Don’t get me wrong, I love great cinema, but I also love a trashy, apocolyptic blockbuster. And Latin jazz: I like to think I can dance to it.

Where do you hang out?
Hackney Wick, where I live. A nice big breakfast at the Counter Cafe, and our local little Italian, Natura. Everyone’s very friendly and so it reminds me of where I’m from, Sheffield.

Who or what do you hate and why?
People who lack empathy, and/or live with no mind to the fact that they are lucky to be alive, and have a chance to be the best person they can and add something positive to this world.

What’s been your best experience? Worst?
Getting married to my new wife Steph in July was the best day of my life. All our friends and families all in one place, and we had the best fun ever. It was something I never expected to happen and feel very lucky. My worst experience was also a huge privilege: I watched somebody I loved a lot take their final breath and pass away.

What do you most dislike about your appearance?
I don’t really care anymore to be honest. Like most people, I always wished I was more handsome, had a better body, better teeth etc. But life has taught me that these things really are irrelevant.

What’s the worst thing anyone’s said to you?
My mum said to me when I was 13 and sat playing my guitar and singing, “You’re not very good, are you?” I think I used it as one of my main motivations to be a professional musician. Thankfully, years of therapy have helped me get over the lack of parental approval and support!

Tell us a secret.
I once hugged Morrissey very tightly and told him “I love you”. He wasn’t very impressed.

What is your favourite dish and why?
I love fish, but particularly sea bass when it’s fresh and cooked simply. There is a fantastic fish shack on a cliff in Ibiza Town, and the old woman in the ramshackle kitchen cooked the best sea bass I’ve ever had.

What are you working on right now?
I’m pretty exhausted creatively after the making of the Souls album. It took me so long to cut the old vocal recordings up and then build whole songs around them. I thought it would be easy, but writing songs around an already established vocal lyric/melody is bloody hard work. So music wise, I’m taking a little break at the moment. Instead, I’m working on a new film script tentatively titled ‘This Is The Verse’. It’s a peculiar bio-pic of my debauched teenage years in the late 80’s. Kerry Harrison, (who I made my debut feature film with, We’re Here For A Good Time Not A Long Time), and I are hoping to try and make it later next year through a Kickstarter campaign.

What did you do today?
I went for a walk with my missus to lovely old pub in Limehouse called The Grapes. It overlooks the Thames and does a rather fine Sunday lunch.

Who or what do you love?
My wife, Hackney Wick, and being a music producer. Doing your hobby for a living is a very privileged position to be in. Even if the money isn’t that good.

Describe yourself as an animal.
I think I would be a very loyal dog. But I could bite if you don’t treat me with love and respect.

This is box title
The single comes out on 6th November on 10 inch vinyl, and can be downloaded right now from iTunes. Follow David on @soulsarehere or @iamgledhill on Twitter