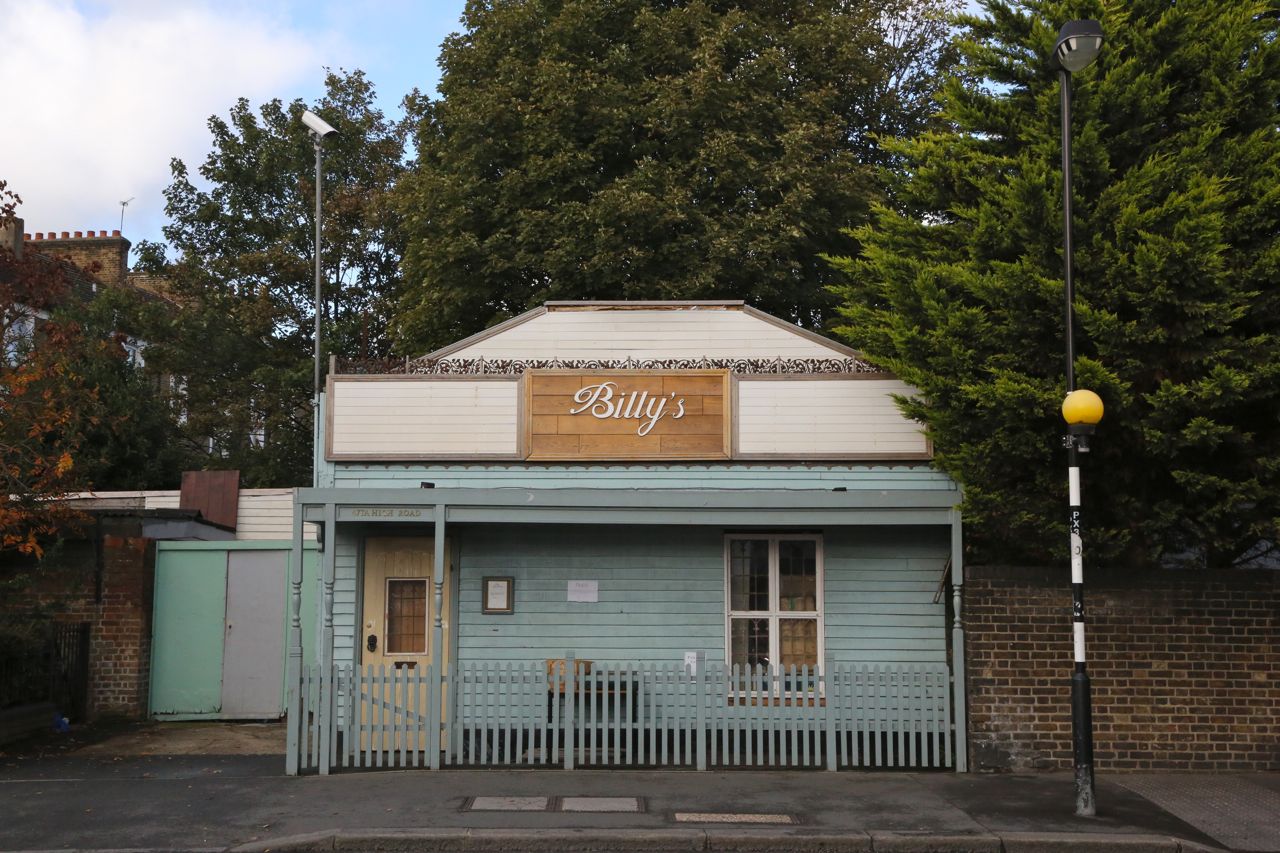 No doubt the first time you spotted Billy’s – the carpet shop on Leyton High Road just before the cricket ground – you did a double take, so unexpected is it to see a building in E10 that’s a cross between a New England-style weatherboard house and a Wild West saloon straight out of Deadwood.

However, over time you’ve probably gotten so used it being there that you don’t even notice it anymore – unless you’re in the market for a carpet, of course.

So now prepare to see Billy’s anew as a building on the Billy’s site is currently being renovated, and will soon be home to several local businesses.

The plan is for the newly installed businesses to be up and running in a couple of weeks’ time. More news as we have it.

And don’t panic if you’re in the market for a new carpet: Billy’s ain’t going nowhere.

This is box title
Billy’s Carpets, 477 High Road Leyton E10 5EL. Keep an eye on @evermore_london and @CurvedBrickCo for more