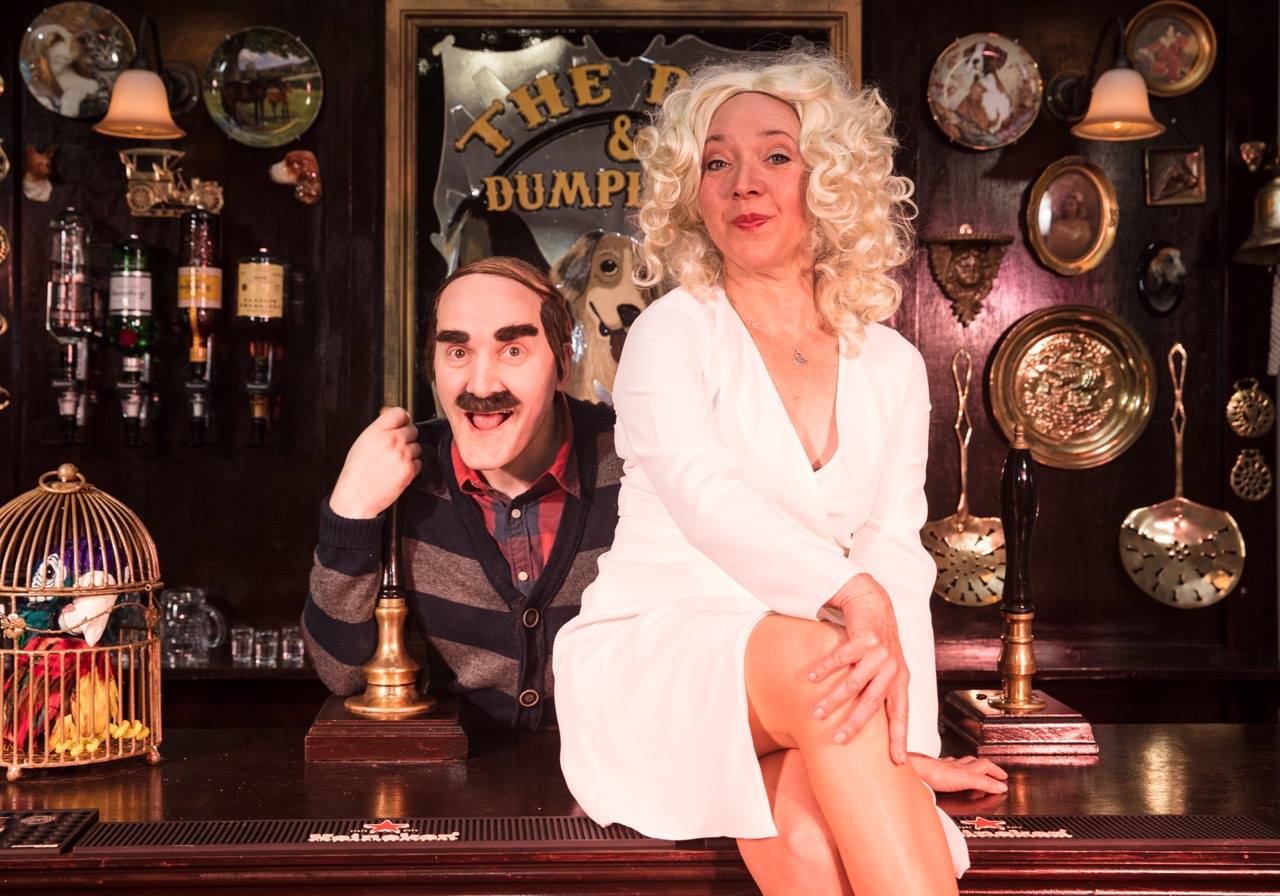 It’s no secret that local boozers are finding it increasingly tricky to survive in a city as fast-paced and fiscally-based as ours.

The trusty watering-hole, but a stone’s throw from the front door, was once complete with dust-clusters in corners, unpolished glassware and tables that had inadvertently sunk more pints that you could in a lifetime. And yet this intangible charm can do little to protect itself from the ravenous glare of the next opportunity-spotting property developer.

This December, new musical comedy Last Orders at the Dog & Dumplings follows the tale of publicans Kevin and Babs Chisholm as they battle with the big boys threatening to close their boozer.

Performed by London cabaret stalwart Boogaloo Stu and Flick Ferdinando, the play is set to be a riotous knees-up showcasing new writing, character comedy and original music, all the while underlining the serious risks faced by our beloved pub culture.

“The main aim of the show is to raise awareness, at community level, of escalating pub closures and the risks of gentrification in our towns and cities,” says Stu.

The show comes to Leytonstone’s newish (um, gentrified) pub The Birds for two nights in Dec (15th &16th) and then, throughout 2018, will tour in spaces that find themselves at risk from death-by-gentrification – boozers around the country.