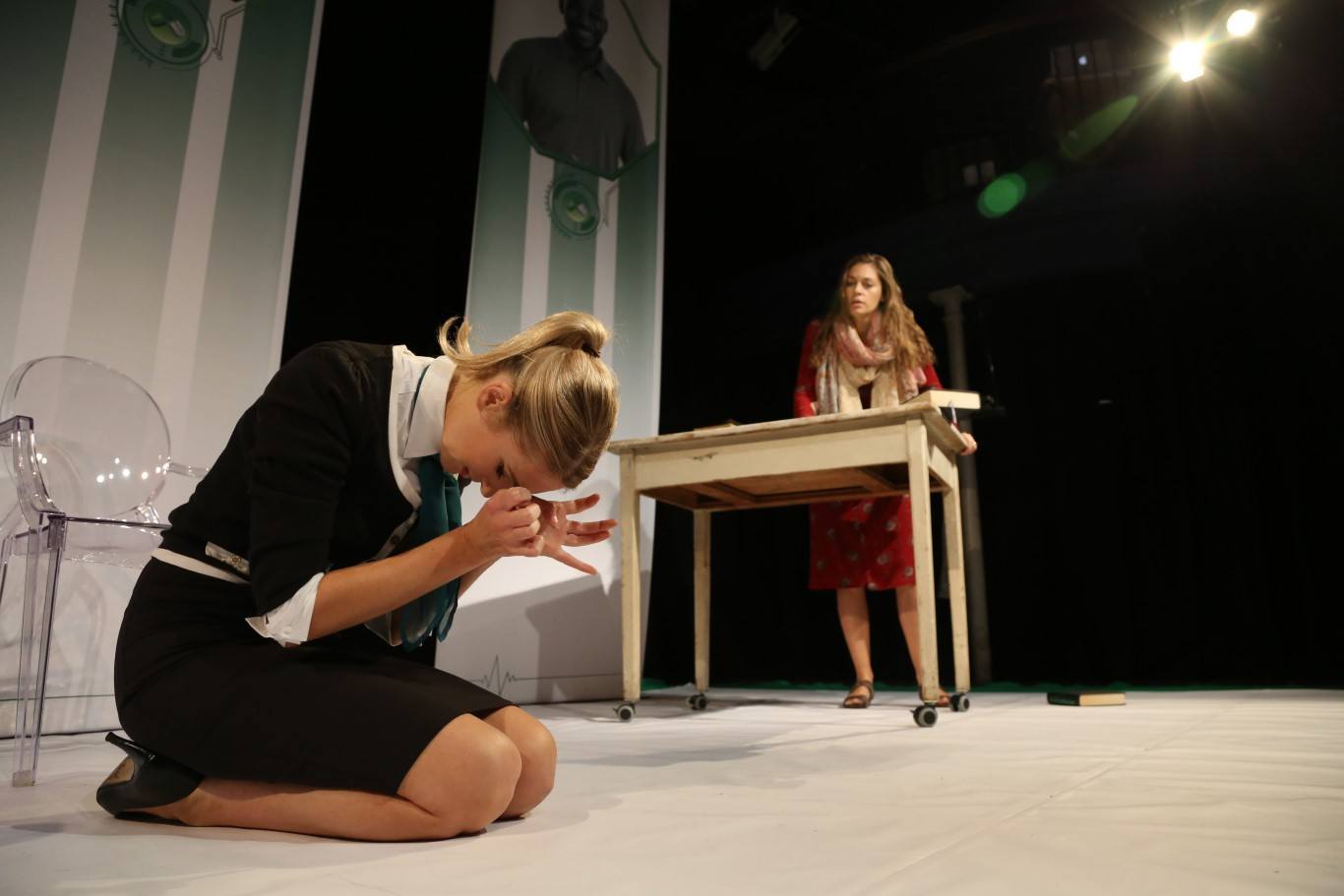 Another script, another casting, another role playing a 20-something blonde meeting her end in a gruesome, sexually exploitative way.

I folded the script back into my bag as I sat on the tube home and reflected on the most harrowing ways I’d died in some of the films I’d done so far- tongue removal versus suffocation by a plastic bag? So many of the new scripts I read shared this common theme. Why could these female characters never go the distance and make it to the end of the movie? What did they need to do to warrant life after the credits?

Or perhaps more importantly, what was I willing to do to change it?

As a budding actress (or actor, whichever you prefer, and yes, living in E11), I was used to the competition and lack of financial security in pursuing a career doing what I loved.

But what I didn’t ever want to get used to was playing two-dimensional characters that didn’t compare to the incredible women I saw around me and couldn’t survive longer than three decades.

The first play I wrote was weird. It was an all-female musical, with martial arts, Charleston dancing and puppetry, an existential exploration of the internal battle between what we think we should do and what we secretly want to do.

I had no idea what I was doing but it won an award which meant I got to work with some wonderful directors and was lucky enough to perform it with a friend I’d known since we were three.

After shows in Nottingham, Brixton and even Ibiza we transferred to the Bridewell Theatre near St Paul’s. I loved it but I also realised I would keep reinventing it (much to the vexation of my fellow performer) forever as it could never be ‘perfect’. The only way to counter my perfectionism was to move onto something new.

So I made a determination to write and produce a new show every year for ten years.

So began an amazing rollercoaster. The first three were musicals, the next two straight dramas, all vastly different in characters and setting, ranging from Cleopatra’s tomb to a Nottingham council estate – but all written for two compelling, dynamic, intelligent female characters.

Reflecting on reaching the halfway mark, I felt something was missing. Performing the show in central london and abroad was exciting but I realised I wanted to bring my work back to where I lived, to connect with other performers and audiences locally.

And that’s when I heard about From the Forest Theatre Festival. This new and ambitious event will play host to 60 shows spread across multiple venues over two weeks in June all within our amazing borough.

I submitted my most recent play Happiness, a show set in a dystopian future not too dissimilar to our own, but where happiness is the government’s mandate and no other emotion is allowed. Two women find themselves up against each other in a battle of life and death with the future of humanity hanging in the balance. Would you forfeit regret, fear and anger or fight for the right to suffer?

The play was accepted and at the launch night I was excited to meet with other creatives and learn about the wide variety of work that will feature: drama, comedy, children’s theatre, musicals and dance from an array of artists within Waltham Forest.

Now we are in the process of getting the play ready for our two performances at Mirth, Marvel and Maud in Walthamstow. I visited the venue for a recce (and Sunday roast) a while ago and was suitably impressed by its gorgeous lobby and intimate theatre space.

Our set was originally produced for a stage twice the size so some magical shrinking needs to take place, and we need to practice not falling off the stage if we get too over excited in the dramatic fight scenes, but I can’t wait to share the stage with my oldest friend once again, playing female characters that we love, this time so close to home.

Happiness will be on 8.45pm Fri 22nd June and 7pm Sat 23rd June at Mirth Marvel and Maud (tickets here). The Forest Festival runs from 21st June to 1st July.