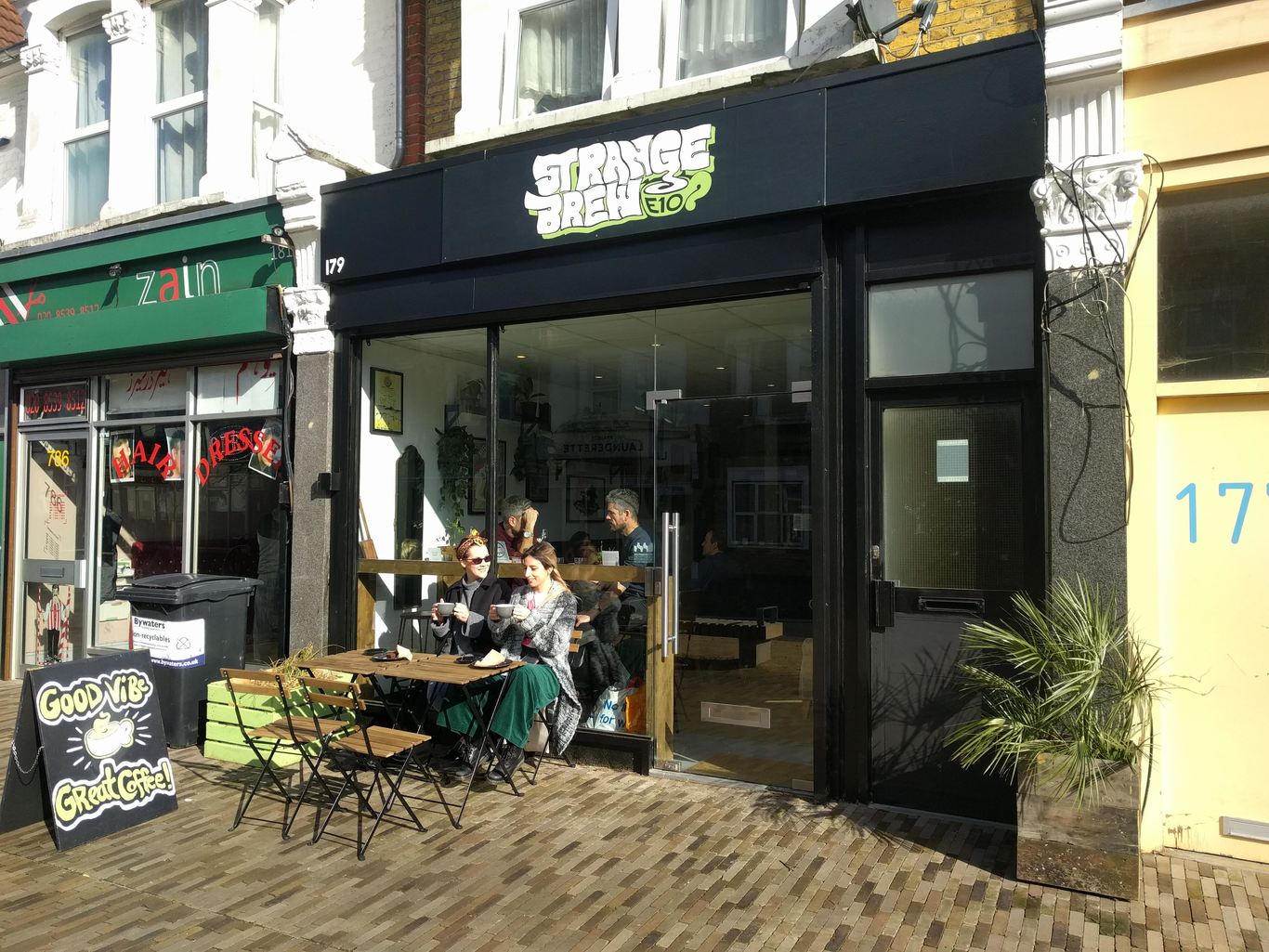 Visualised as an extension of his living room, it’s a cosy, welcoming space with stories told through band prints, tribal masks and hand-crafted instruments adorning the walls.

Serving coffee by south London’s ethically-minded roastery, Volcano, salads by the brothers at Salad Mafia, and cakes by local baker, E17 Crumbs, Strange Brew offers a zeitgeisty range of snacks suitable for meat-eaters and vegans, plus nut-free and gluten-free options.

Nicholas used to spend a lot of his free time in coffee shops, “reading and writing songs”, before he spotted the empty former immigration office in serious need of renovation. Jumping on a gut feeling, his coffee-and-music venture began.

The soundtrack is distinctly 1960s and 70s – think Neil Young to Black Sabbath and Led Zeppelin – because “you can’t knock good music and we’re never going to have a splurge like that again”, he says emphatically. Indeed.

As lead singer of psychedelic rock trio, GNOB, he’s also often to be found playing at music venues across the UK, and hopes to have his music license soon.

The ultimate plan? To set up a small area in the shop so customers can have a locally-sourced craft beer or wine, and listen to some acoustic music of an evening. And there’s nowt strange about that.