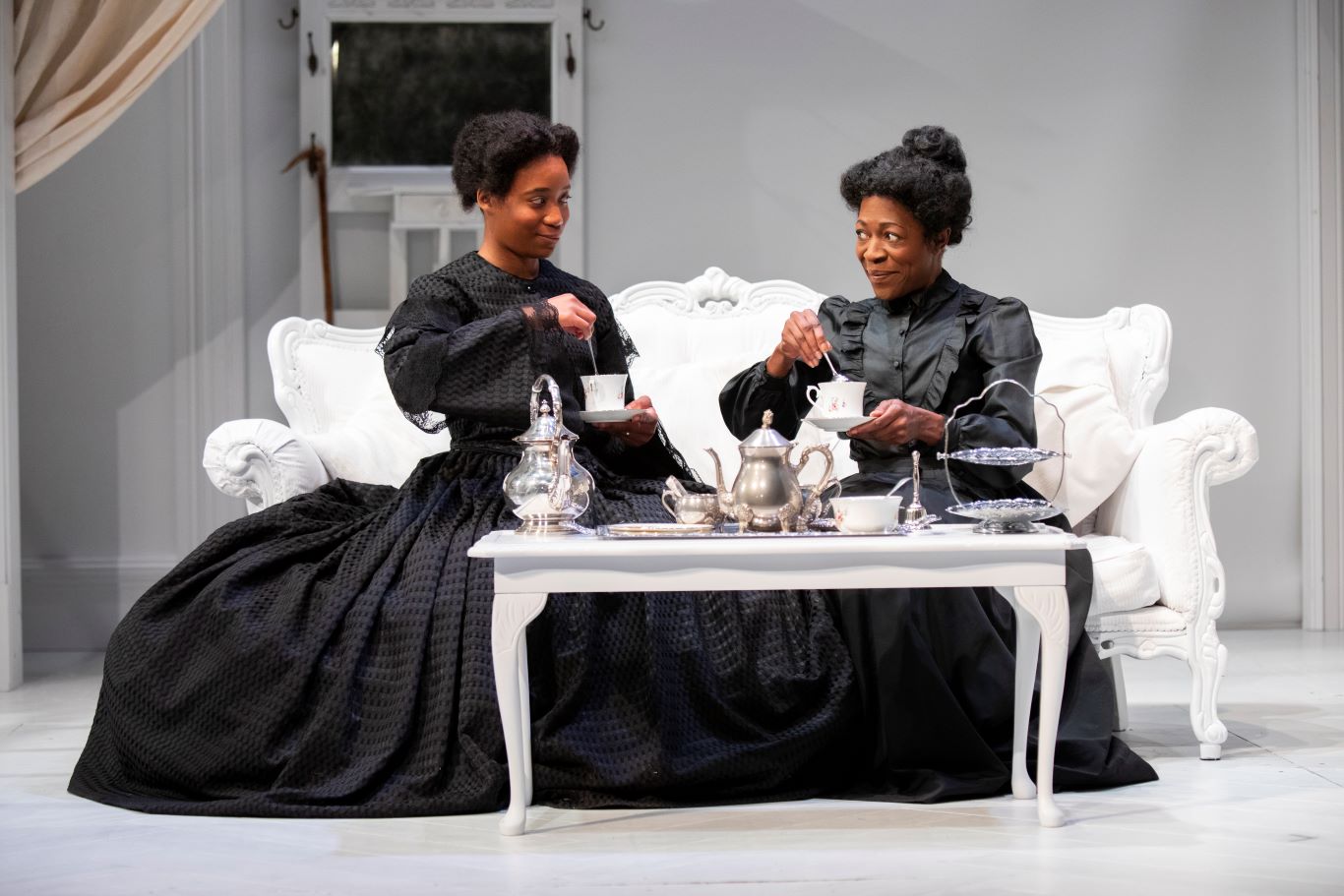 Set in both 1862 and the present day, this ambitious six-person play by award-winning writer Janice Okoh is partly inspired by the true story of Sarah Forbes Bonetta, a young Yoruba princess sold into slavery and later adopted by Queen Victoria and raised in her lofty circles.

Her story – she’s skilfully brought to life by Shannon Hayes – is juxtaposed against that of a second Sarah, a modern-day middle-class black woman who has just moved to a Cheshire village with her husband and small child. The two Sarahs’ timelines collide in a surreal denouement in which they take tea with Queen Victoria, when something unmentionable happens.

A co-production by Eclipse Theatre and the Belgrade, The Gift, directed by Dawn Walton, is part of an inspiring initiative to deliver new black British stories. Exploring themes of cross-racial adoption and cultural appropriation, there’s some crisp writing, not to mention sharp-as-nails dialogue, throughout. Set design by Simon Kenny (Black Men Walking) succinctly juxtaposes the two eras.

Its two distinct scenarios, each taking place over tea (its symbolism not, of course, lost) offer much food for thought on the complexities of our histories and their legacies. While the first half, in its focus on Sarah’s loss of her heritage, yields some amusing moments, mostly around maid Aggie’s (Donna Berlin) struggle to learn how to serve a brew, in the second act the #awks factor is ramped up with cringe-inducing moments coming thick and fast –  drawing howls, squeals and gasps from the audience.

Ultimately it feels like the play is perhaps brimming with too many rich ideas, although its disparate, potent messages – underlined by a grotesquely comic turn by Queen Victoria (Joanna Brookes) in the final act – linger long in the mind afterwards. It’s one to catch.