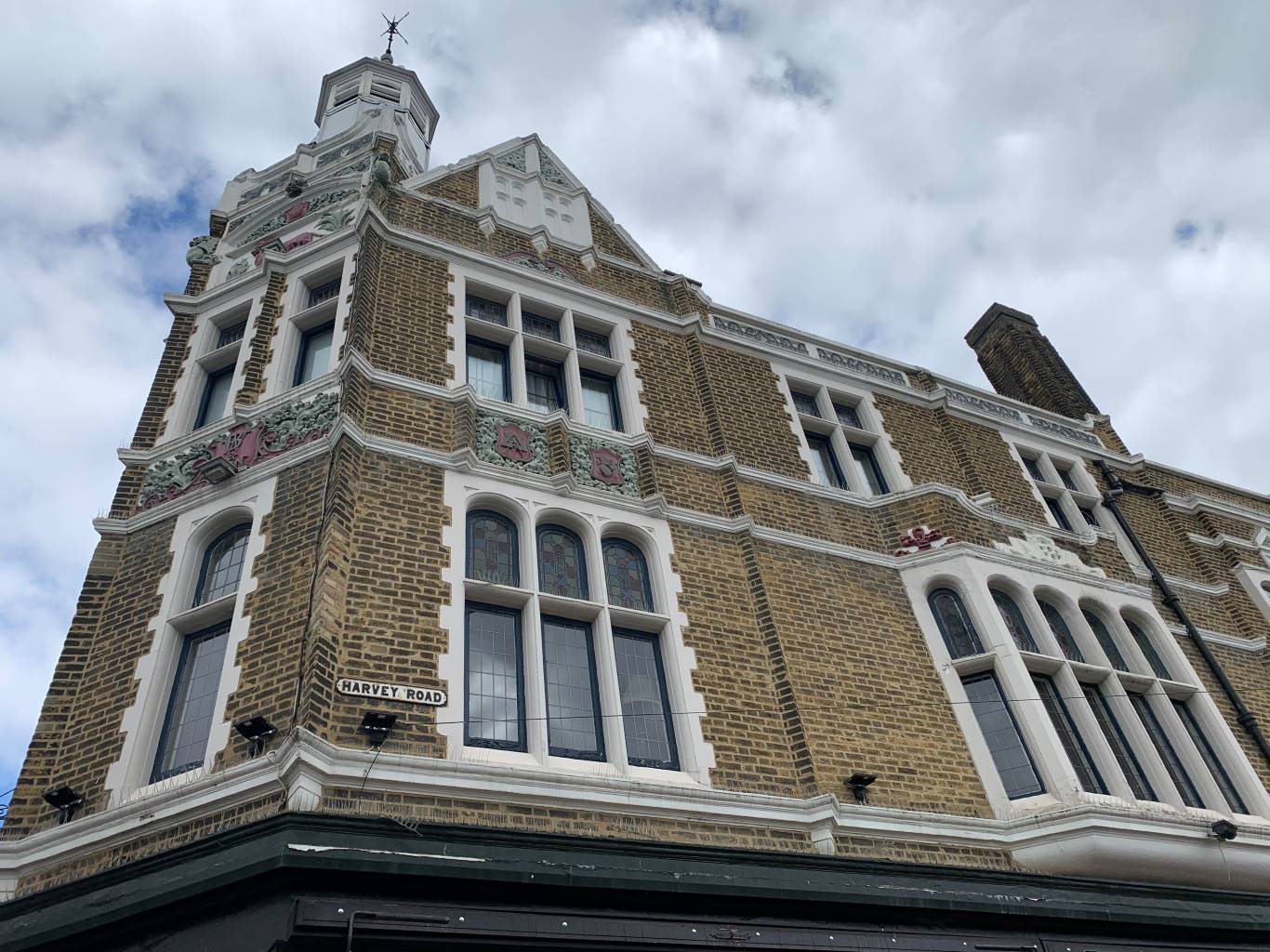 The Red Lion: a potted history from 1670 to now

We salute a local architectural classic

You might well take it for granted if you’ve moved to the neighbourhood within the last decade, but The Red Lion, that landmark High Road watering hole, has had something of a chequered past.

So what’s the story? Well, established way back in 1670 as The Robin Hood, it had metamorphosed into the Red Lion by the mid-18th century, a stopping place for stage coaches and, in the absence of a town hall, a bit of a rowdy social hotspot to boot.

Fast forward a century or so and it was rebuilt in 1891 into the fine Gothic pile unveiled a while back by current owners Antic. And hark: look closely at those leaded windows! That elegant cupola! The way it catches the evening sun!

Until the present incarnation, its previous most popular era, after the 1930s (see main pic above), was arguably the ’70s, when it was a live music venue, even hosting an early Led Zeppelin London gig. Other bands to have graced its stage include Yes, Genesis and Roxy Music. Not a bad pedigree, eh?

There have been low points too, its popularity taking a nosedive in the 1980s as the oddly-named Luthers; and by 2001 it had become Cuba Bella, a salsa bar, before a revamp as Zulu’s a year later, a late night spot aimed at the area’s South African community.

And so it ticked over until finally closing in 2010 – before being swiftly reborn in 2011 courtesy of Antic, the pub group which started life as the seminal Dog Star in Brixton.

Its latest trick was the launch late last year of its shiny new boutique hotel, a few months before lockdown. And, as readers know, there’s always a schedule of top gigs and DJs in the first-floor Ballroom, as well as the usual pub shenanigans on the ground floor, with its simple gastropub menu, quieter dining room area and decent range of beers and wines.

In short? One day, we hope, this majestic E11 beast will roar again.

UPDATE AUGUST 2020: as readers will know, the pub is now back open once again.

We’ve just reached our 5th birthday, but sadly things aren’t as joyful as they should be. Until recently Leytonstoner was funded by the free monthly print editions of our sister titles Gasholder and award-winning flagship Kentishtowner, which have sadly closed due to advertising revenues in freefall. This means both Leytonstoner and our small independent network of now online-only titles is under threat. As readers we need your support more than ever to keep delivering ‘good-news’ cultural stories that celebrate our wonderful neighbourhoods. Every reader or business contribution, however big or small, is invaluable in helping the costs of running the website and the time invested in the research and writing of the articles published. Support Leytonstoner here for less than the price of a coffee and it only takes a minute. Thank you.