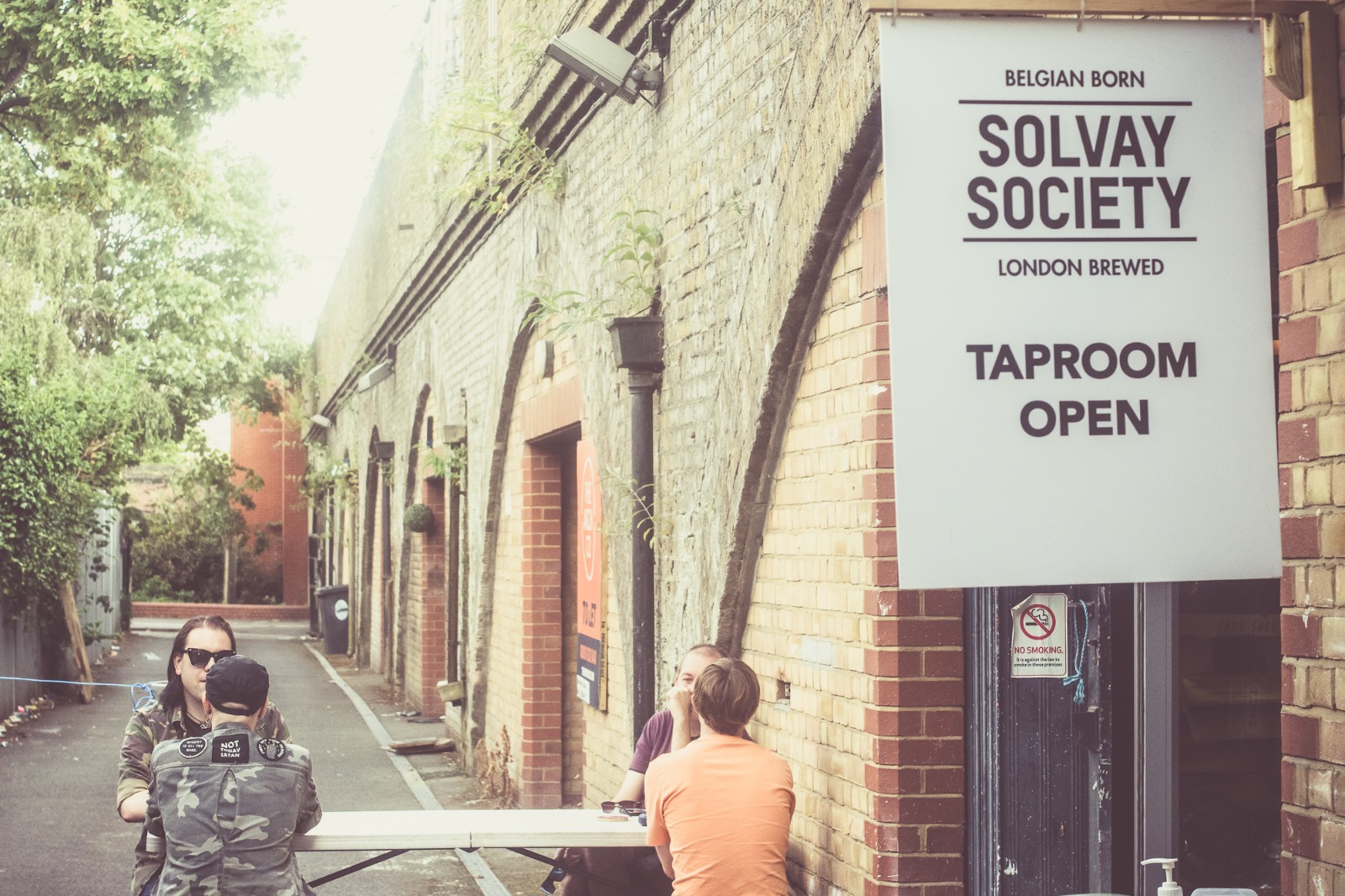 Join Solvay Society’s campaign to bring their brewpub to Leytonstone

Like many locals, we love the rise of the quirkily located craft beer bars around Leyton and Leytonstone.

The stretch of Grove Green Road just down from Leytonstone tube itself is becoming a proper hotspot – and this is set to continue with the launch, later of this year, of E11 originator Solvay Society’s new brewpub.

“We’re looking to expand our Leytonstone taproom into a Belgian-style brewpub,” says founder and head brewer Roman Hochuli, “bringing the brewery right here and putting the tanks and taps together for the first time.”

With that in mind the tiny taproom have launched a ‘Pay It Forward’ campaign which allows supporters to ‘double their money’ – that is, getting say £20 drinks by investing £10 – when they help the East London brewery unite tanks and taps.

“We had grand plans for 2020 that had included a move to a new site,” says Roman, “and, like many things, this was scuppered by Covid-19. This has made us even more determined to kick on and make new plans to find a new home for the brewery in the arch next door to our Leytonstone taproom.

“It allows us to double our production, move canning in-house and crucially move our taps and tanks closer together. So there’ll be fresher beer, brewery tours, and more space to enjoy Solvay Society’s beers right from the source.”

Brewery tours! We like the sound of that. And in exchange for support, as well as the opportunity to double your money in their taproom, Roman and his team also have some great prizes that will be available just for backers (see link at the bottom of this article).

In other news, Solvay Society have rebranded recently too, with their beers making the leap from bottles to extremely stylish cans (they’ve even being featured in award-winning writer Pete Brown’s book ‘Beer By Design’.) And last year their Witbier x Session IPA, Superposition was named the SIBA champion wheat beer at Love Beer London.

As Pay It Forward is part of the Mayor Of London’s scheme to help businesses survive Covid, if Solvay Society achieves their target the Mayor will top up the fund with a grant up to £5000. So if everyone lends a hand, it’s win-win all round, Leytonstoners.

The Pay It Forward campaign runs until 26th February. Get involved – just a tenner gets you £20 of drinks once the taproom reopens – and help build what will surely be one of Leytonstone’s best brewpubs here. Follow @solvaysociety on social.

This is a sponsored post in association with Solvay Society. By sharing and/or supporting this post you help maintain our continued existence, too. If you’re a business who would like to work on a similar article with us to promote a new event, offer or product, please email info@leytonstoner.london