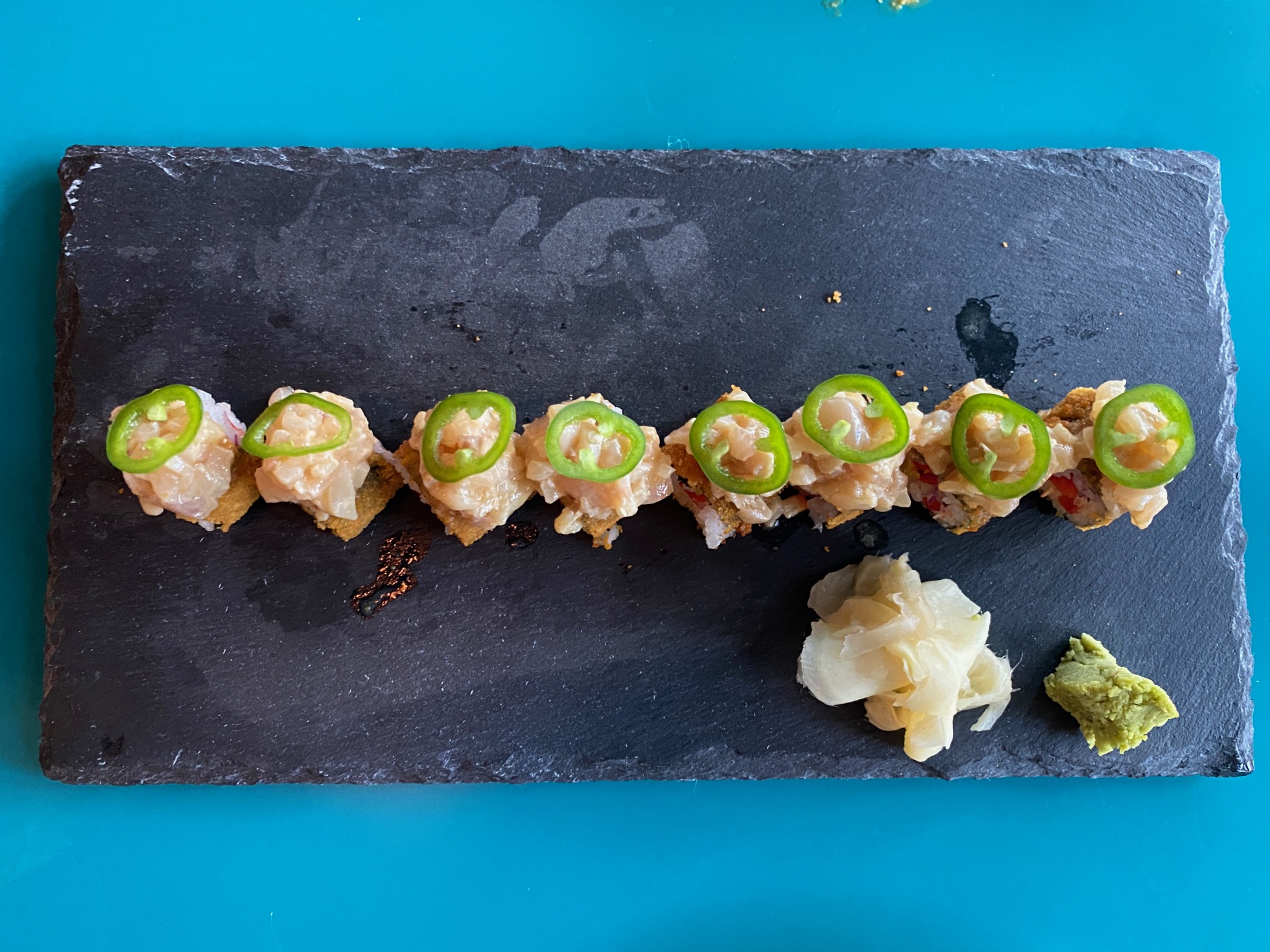 Its Peruvian-Japanese cuisine is unique in the neighbourhood

Eagle-eyed readers may have spotted that, as well as Leytonstoner editorial duties, I also write about food and travel for a few other publications. This week I thought I’d draw your attention to my review of new Leyton opening Bamboo Mat in Time Out, an arrival so promising I gave it four stars out of five (read the full review here).

It’s a unique opening for E10 – and London generally. Its Nikkei menu – the cuisine that fuses Japanese recipes with Peruvian ingredients such as lime, corn and chilli – has been created by chefs Denis Gobjila and Victor Rosca, who met working at one of the capital’s only other Nikkei restaurants, Chotto Matte.

There’s ceviche, tiradito (sashimi in a citrus sauce) and maki rolls (all at £10-15 a plate), with mains including lamb chops, salmon teriyaki and grilled wagyu (at £35).

My tips include classic Peruvian starter sea bass ceviche in a vivid orange tiger’s milk (above), while I also enjoyed the hamachi hot maki – sushi rolls filled with sweet romano pepper and topped with yellowtail kingfish ceviche (main image, top). Of the mains, sliced chargrilled octopus anticucho was on point, its fiery smokiness driven by cumin and chilli, while a generous portion of chicken teriyaki (see below) was lick-the-plate moreish.

And it’s not just me who’s raving about it. Writer and telly presenter Grace Dent beat me to it – as both our friendly waiter and chef told us more than once on our visit. She ate at the restaurant a few days before and had already posted it on her Instagram story; she’s since given it a justifiably glowing review in her Guardian review column (read it here):

“Since leaving Bamboo Mat,” she writes, “I’ve tried to nail the essence of the anticucho sauce it serves with chicken, lamb chops and octopus and that clings particularly beautifully to seared, fatty, skin-on chicken thighs. Was that white-wine vinegar or sake? Yuzu, lemon juice, soy? No combinations I make at home come even close to touching it, which is, after all, the hallmark of good, simple, personal cooking. I can’t replicate it at home, so I’ll have to go back.”

All of which means this little place is now packed – and, apparently, booked out for the next few weeks. Passing yesterday evening I was pleased to see there wasn’t a free table, with diners eating in the small alfresco area on the street.

Let’s hope it becomes an established part of the local dining scene; it’s a more than worthy addition. And if the evening menu is a little pricey for your wallet, there are cheaper lunchtime bento boxes and bowls (around £10-12).