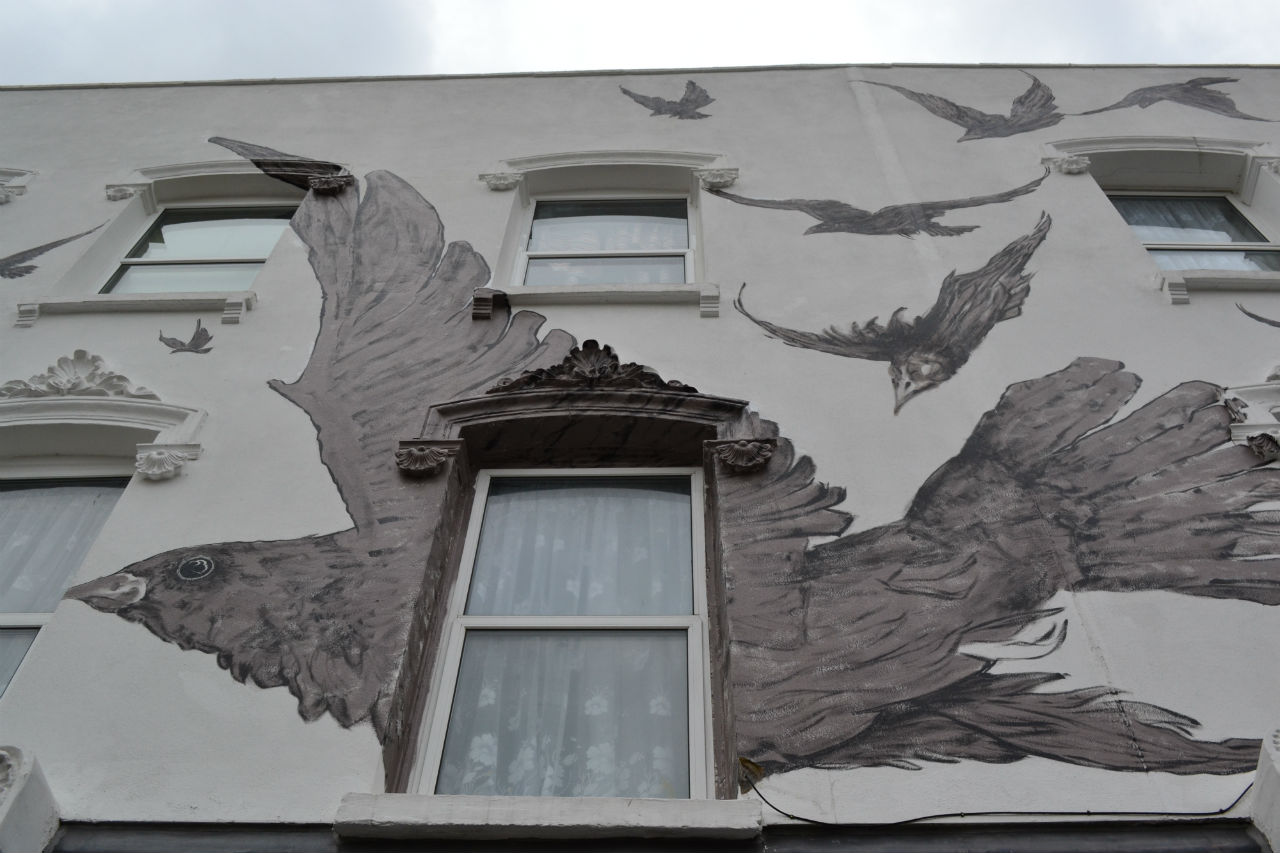 It’s not exactly breaking news to say that one of the greatest ever film directors was also Leytonstone’s most iconic resident.

And, while most know roughly where the main Hitch-referencing sights are in E11, have you ever strung them together into a weekend stroll? No? Neither had we, until the other day.

1. Start at: the mosaics

Let’s kick off our wander at Leytonstone tube itself. It was here, after all, that Waltham Forest council commissioned 17 mosaics to adorn the subway walls to mark the centenary of Alfred Hitchcock’s birth. Never stopped to look at them properly? Our advice is to linger on a mid-afternoon (3pm worked for these pictures), or early weekend morning; they really are captivating, although passers-by will inevitably peer at you like you’re mad. Unveiled in 2001, the mosaics include scenes from Hitch’s best-loved films including Vertigo, Strangers on a Train and North by Northwest, as well as key moments in his life. Or simply take a good look at our gallery, above, which features 12 images, with curious cameos too from St John’s Church (Rebecca) and the Green Man (Rear Window).

2. Next: a pint at the Hitchcock

Now take the ten minute walk snaking behind the monumental Tesco megastore and up through some of E11’s most celebrated roads to the Sir Alfred Hitchcock (147 Whipps Cross Road, E11). This is a pub and hotel that hasn’t changed one iota since our first visit back in the early noughties.

It’s always a pleasing spot, though, isn’t it, with a leafy outlook over the corner of Epping Forest known as Leyton Flats, with its lake, the Hollow Pond (read its story here), created from old gravel pits.

Despite the hotel’s name, the association with the legendary director is only lightly worn inside: memorabilia mostly constitutes a few dusty framed stills from The Birds and other classics.

But still, it’s an atmospheric panelled series of rooms, especially the rather bleak function area that can be glimpsed from the main corridor. Put it this way, one’s imagination could run riot within these four walls *cue Bernard Herrmann*.

Time to make an exit stage left to our last port of call. Hitch was the second son of William Hitchcock, and born on August 13 1899 over at 517 High Road, above the family’s grocery stores.

The site is rather sadly now a petrol station, and about a twenty five minute brisk walk from the eponymous pub, so you may want a quickie at the Red Lion or Wild Goose en route. 517 is just past the High Road overground station (and its adjoining Hitchcock Business Centre, incidentally). Note the incongruous blue plaque on the wall between the shop and fried chicken outlet in the forecourt (below left).

More spectacularly, the director is commemorated by a huge mural opposite (below right) which references 1963 movie The Birds, unveiled last year as part of the council’s £9 million investment into brightening up the key streets.

Incidentally, did you know that the young Alfred had a formative experience in E11 that (it could be argued) went on to shape his career?

In his seminal 1960s work, Hitchcock by Truffaut, the French auteur asks is if it was true that, at around age five, he was sent by his father to the local police station in Leytonstone.

“Yes it is,” replies Hitchcock, matter-of-factly. “My father sent me with a note. The chief of police read it and locked me in a cell for five or ten minutes saying, ‘This is what we do to naughty boys.’ I haven’t the faintest idea [why I was punished]. As a matter of fact, my father used to call me his ‘little lamb without a spot.’ I truly cannot imagine what I did.”

As fans will know, this theme of the “wronged man”, together with a fear of the police in general, was an overriding obsession, shaping many of his most celebrated works.

And yet perhaps – just perhaps – it all started in the postcode we now call E11.

This is box title
Know a fascinating fact about Hitchcock and Leytonstone? Share it with readers below.