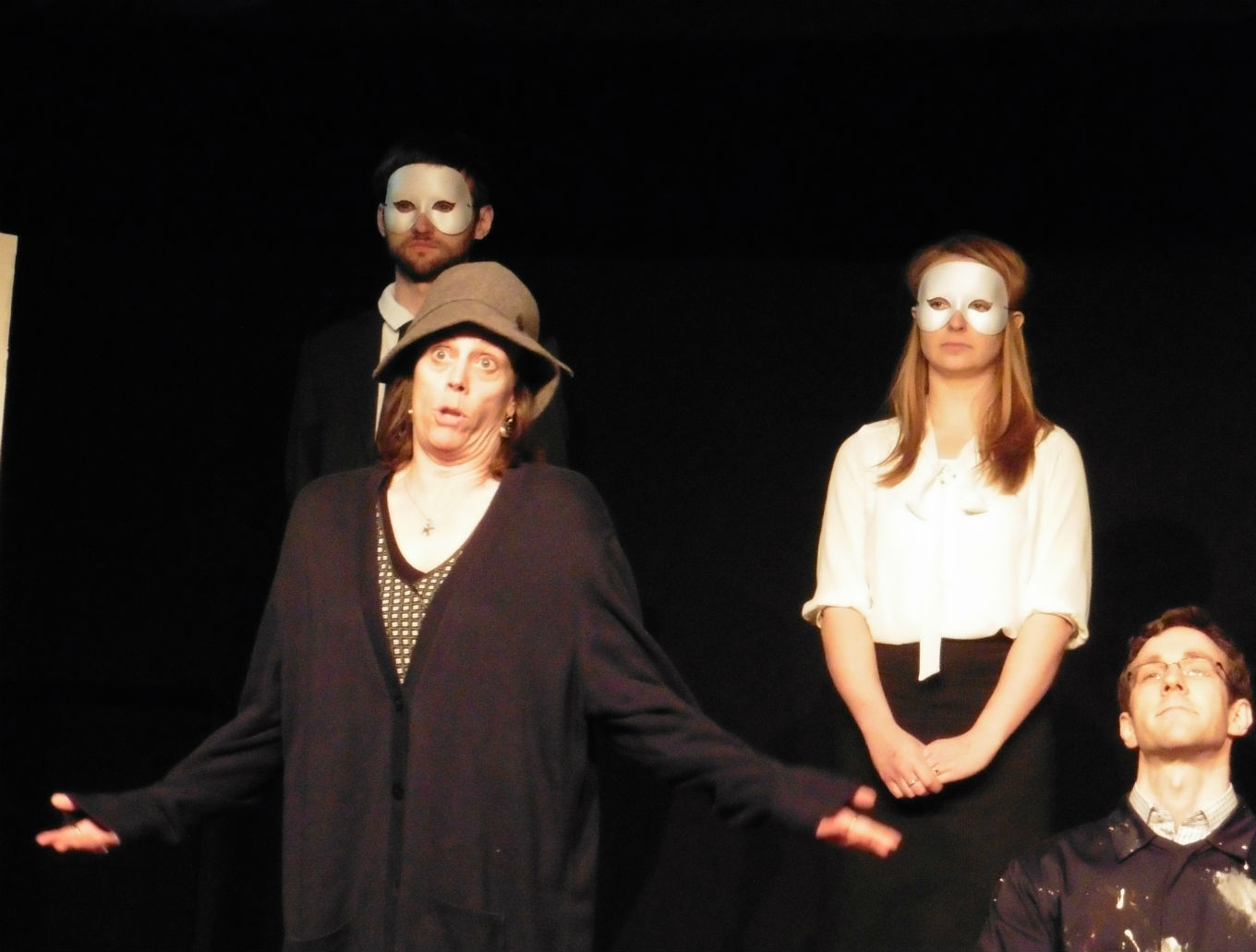 For about twelve weekends every year the Welsh Church Hall on High Road Leytonstone, right by the Green Man roundabout, transforms itself into a theatre for E11’s very own drama group.

The Woodhouse Players have been putting on plays for the community since 1983, and now present a varied programme of six productions a year. Last year’s shows included: Bent, the powerful love story set against the horrors of the Nazi persecution of gay people; the rarely-performed Compleat Female Stage Beauty, a comedy depicting the first appearance of actresses on the Restoration stage; and the classic thriller Rope, made famous by Hitchcock.

Yet their current production is something completely different, a double bill of two intriguing and challenging one-act plays: Interview, by Jean-Claude van Itallie and Five Kinds of Silence, by Shelagh Stephenson.

In Interview (subtitled A Fugue for Eight Actors), a seminal 1960s work, the cast use words, movement, music and dance to create a surreal, dreamlike snapshot of modern America. Five Kinds of Silence, on the other hand, is a poetic play telling the story of a wife and two daughters living under the power of the vicious Billy. It explores adult themes of abuse and violence (and is not suitable for under-16s).

Plans are also already afoot for two summer productions. In May the group presents The Tempest by William Shakespeare and in July, Chamber Piece by Caroline Bird – a pitch-black comedy set in the near future, where Britain has reinstated the death penalty and can’t even get that right. If you have unfulfilled thespian tendencies yourself, auditions for the latter will take place at 7.30pm on Friday 20 and Tuesday 24 March at the Welsh Church Hall.

But even if performance isn’t your thing, the Players need new members behind the scenes, as well as on stage; if that’s you, email members@woodhouseplayers.co.uk. And don’t forget there are also regular informal play-readings to which non-members are warmly welcomed, as well as occasional workshops and other events.

And as for the last three performances of the current double bill? They take place at 8pm tomorrow, Wednesday 11, Friday 13 and Saturday 14 March. So be quick and book now.

This is box title
Interview/Five Kinds of Silence at The Welsh Church Hall, 879 High Road Leytonstone E11 1HR . Tickets can be booked online via the website or reserved on 020 8504 3872 or tickets@woodhouseplayers.co.uk