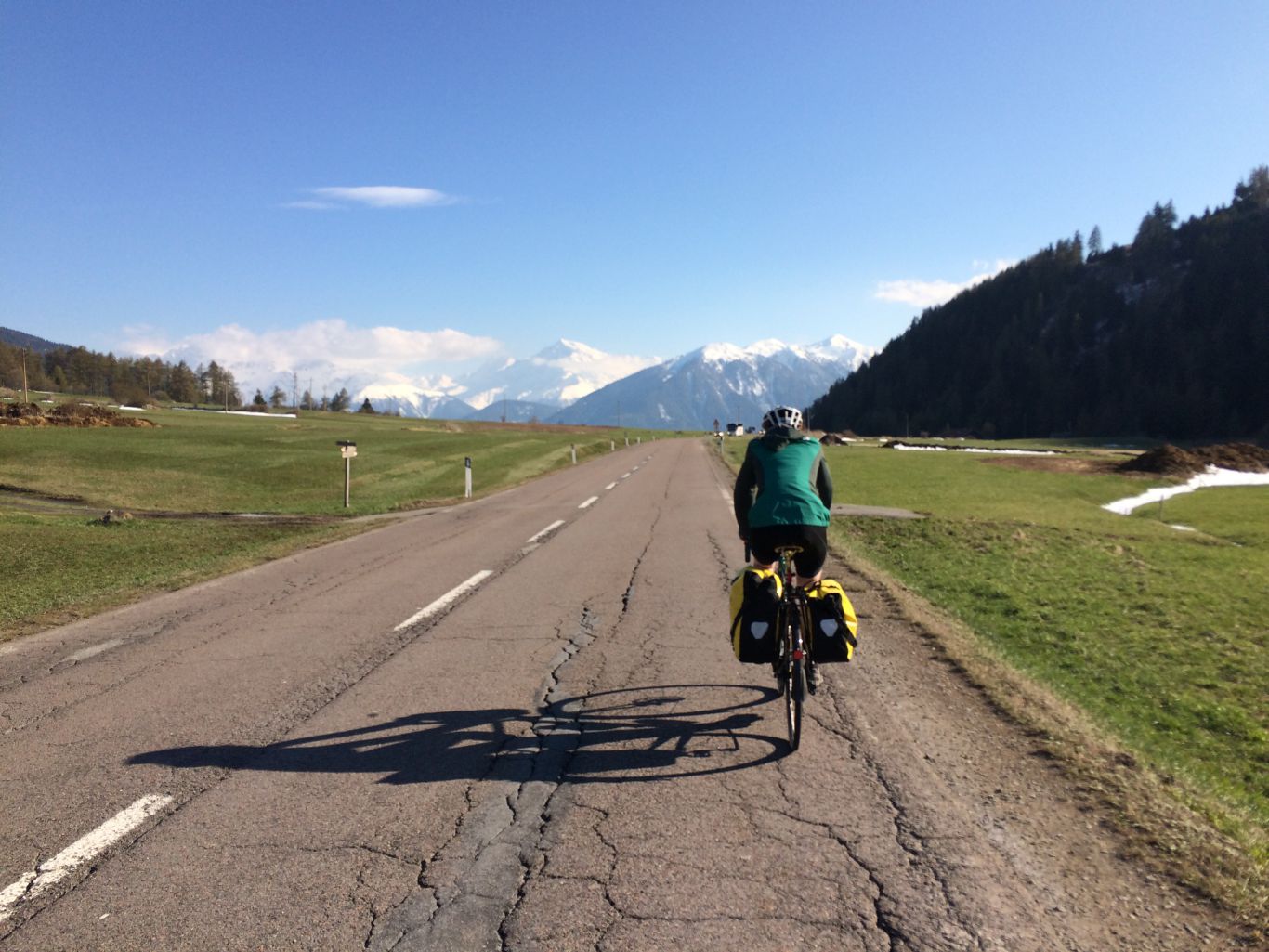 The clouds were closing in, the temperature was dropping, the afternoon was wearing on, and it was about to rain heavily.

We – that’s my wife Sarah and I – were on our bikes at the top of a mountain in Macedonia, with a long descent to negotiate, 2,800km into a 3,000km bike ride from Leytonstone to Thessaloniki in northern Greece, wondering if we’d make it all the way.

The idea came to us in the Peak District last October. We’d just spent a week’s “holiday” volunteering in Calais with the charity Help Refugees, and were talking about leaving our jobs to cycle round Europe.

We decided to spend more time working with refugee organisations in northern Greece where thousands of refugees remain stranded, awaiting asylum decisions. So we thought: “why not cycle there?”

Our six-week route took us through northern France along the border with Belgium, across the Vosges Mountains and the river Rhine into the Black Forest mountains of southern Germany, on to Lake Constance and into Switzerland before crossing the Alps through Austria and into Italy.

From there, we rode across the flat lands of northern Italy, along gravel mountain roads through Slovenia and down the Croatian coast, island hopping and riding stunning coastal roads. The land became more wild and mountainous again through Montenegro, Albania and Macedonia, before we reached Greece and arrived on the coast once more, following the route of an old Roman road that linked east and west.

It had all seemed like a good idea when we set off in mid-April, leaving London in 20 degree heat. But the weather proved the biggest challenge, tougher than cycling over the Alps (which we did in glorious sunshine, surrounded by snow!). Several nights of sub-zero temperatures camping in France left us wishing for more clothes and thicker sleeping bags.

But the sun came out in Croatia and the Balkans. Riding 80-100km a day, with a 12kg bike and around 18kg of luggage, snack stops, finding a place to camp, setting up and taking down tents, cooking and eating left little time or energy for much else. But if the daily routine didn’t permit much in the way of free time and relaxation, it certainly gave a fresh appreciation of the basics: food, shelter, warmth, security.

In Thessaloniki, I’ve been working with a construction team on community projects in some of the refugee camps, and Sarah has been teaching English in a camp. People in the camps — families, children, elderly and young — have been waiting for months or even years for the Greek and European asylum system to process them.

Most people we’ve met are from Syria — doctors, engineers, actors, musicians, accountants — driven out by the horrendous civil war, and there are others from Iraq, Iran, Pakistan and elsewhere. Most camps on the mainland now have good temporary sanitation and accommodation facilities in containers, but many in the heavily overcrowded camps on the islands are still in tents, with temperatures passing 40 degrees in the summer, and below zero in the winter.

Many NGOs are withdrawing, as EU funding is redirected, and many people fear a gap in the service provision before the Greek government organises a replacement.

But Help Refugees and other small grass roots organisations will remain to do what they can. We’ll be here until September, when we’ll make our journey back again. Cycling, of course.

This is box title
To read more about James and Sarah’s travels and volunteering, see their blog here. You can find out more about the work of Help Refugees here.