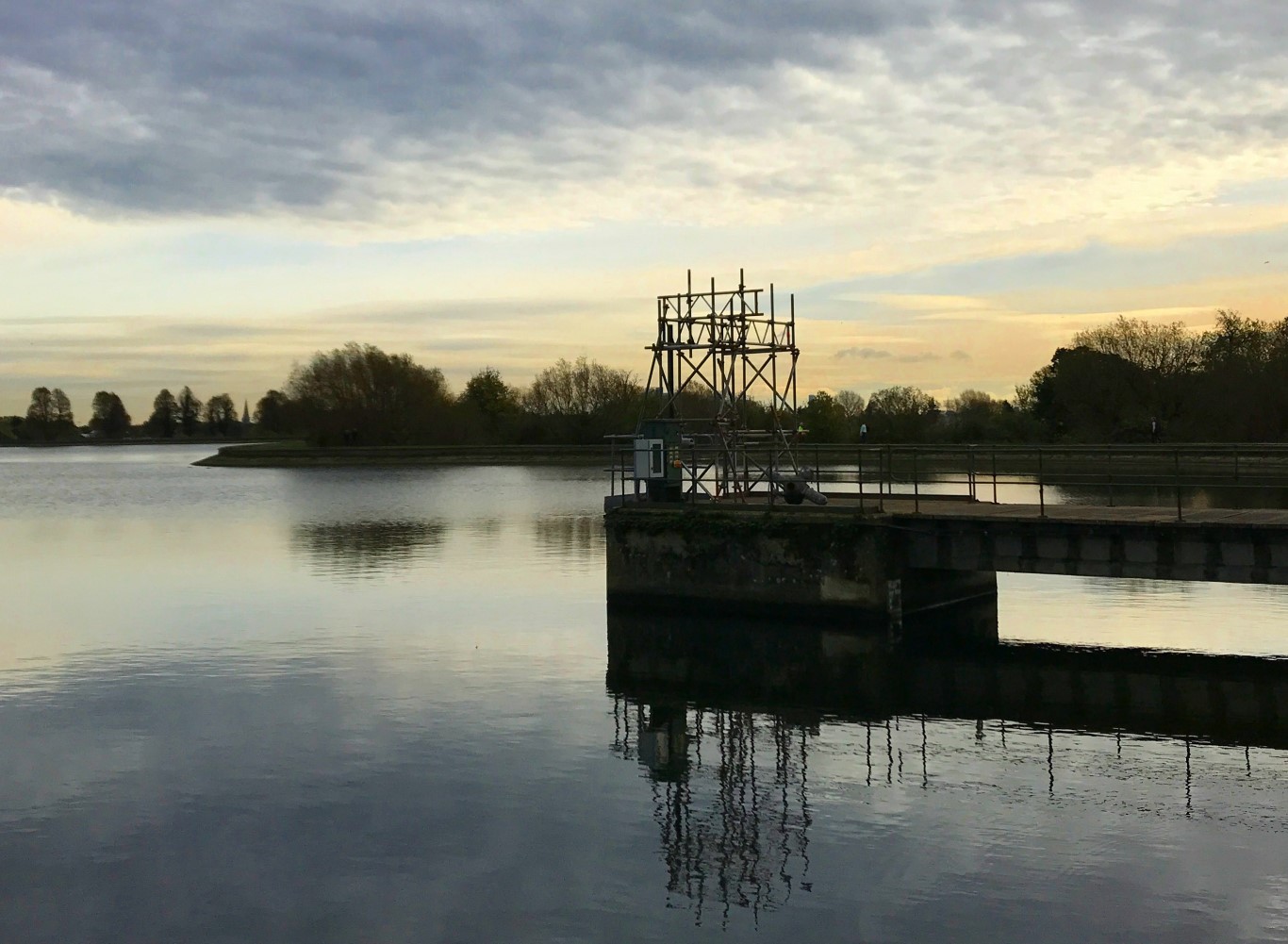 First things first: there’sa helluva lot of hype over the Walthamstow Wetlands. It’s not surprising: after all, who hasn’t chugged past the mysterious grey reservoirs a thousand times on the Gospel Oak-Barking Overground line, peering out of the train in idle fascination?

The hype, should you care, is approximately this: a new public space open for the first time in 150 years. 13 miles of paths. 211 hectares. £10.6 million investment including nearly £4.5million from the Heritage Lottery. Ten years in the making. Ten reservoirs. Eight islands. It’s nothing short of a “London Lake District”…

And let’s not forget the boring bit – that the reservoirs themselves are still operational, supplying water to a hefty 1.5 million households.

It’s a sultry afternoon as we leave Blackhorse Road, the station on the outskirts of E17. First observation? The walk to the main entrance on Ferry Lane isn’t far, but it ain’t pretty (cheery Wetlands posters aside).

Still, that all changes at the entrance, with its brand new pontoon walkway, where what can only be described as ‘hosts’ smilingly greeting us (not to mention the few hundred other people arriving at the same time).

A stylish shop is positioned in the high-ceilinged atrium. We skip past the tees and totes and head upstairs to the outside viewing platform, overlooking the Coppermill stream, and three 19th century hand-dug reservoirs beyond, distinctly like natural lakes in appearance. The sun is shining and the buzz amongst the throngs is tangible.

Downstairs, the cafe is approaching something like hell-on-earth on this early Saturday lunchtime, unless you relish a bumper buggy convention peppered with frantic parents and lattes being passed hand-to-hand over the heads of wailing kids.

So we reckon the outdoor terrace – also rammed on a warmish afternoon – is the best bet for those intent on coffee, lunch or tea. Perhaps it’s best in future, we note, to arrive super-early for breakfast; in fact, scrub that, skive off work and go on a Tuesday morning for real peace and quiet.

We take an impromptu walk along the banks of the three main southside reservoirs, which vary substantially in prettiness. The ones on the eastern side are #instagold: it’s all about the big skies, verdant islands and rushes juxtaposed with both the low and high-rise estates of north and east London. Beyond, the City is visible too.

The sun disappears as we pass the Grade II-listed Coppermill Tower, unfinished and therefore inaccessible on our visit, but the ensuing clouds are broken up by rapid changes in light, which gives the ramble an other-worldly quality. There is, we conclude, something unexpectedly magical about the landscape.

It’s also a wildlife haven, of course, a refuge for waterbirds such as pochard, shoveler and gadwall and important stopover for migrating birds flying north and south each year. There’s the largest heronry in London, too, as well as kingfishers – and the odd peregrine falcon.

We pause at a crowd gathered around a fisherman, just-caught slithering trout in hand – although the poor fish expires a moment later after a swift bash on the head (which, in fact, drew gasps from us city-dwellers).

Afterwards, in the appealing ye olde pub, the Ferry Boat Inn, opposite the main entrance, we discuss the attraction over a post-meander pint (although you might want to make the ten-minute walk to Beavertown Brewery for a superior beer, as we later did).

Overall? There’s no question the Wetlands makes a top day out – and is a brilliant addition to the capital’s green spaces. It’s worth adding that dogs aren’t allowed, however, presumably because of the birds, although a lead enforcement policy would surely pose no real problems?

But – and perhaps it’s just the inaugural crowds (of which we’re of course equally guilty) – the experience isn’t as tranquil as, say, Wanstead Flats at one end of the Overground line, and hoary old Hampstead Heath at the other.

Or perhaps it’s just that we just haven’t yet found our favourite spots to lose the hordes: those nooks, hidden banks and leafy corners to make our own.

This is box title
Walthamstow Wetlands are open daily, times vary. More details on how to get there are here