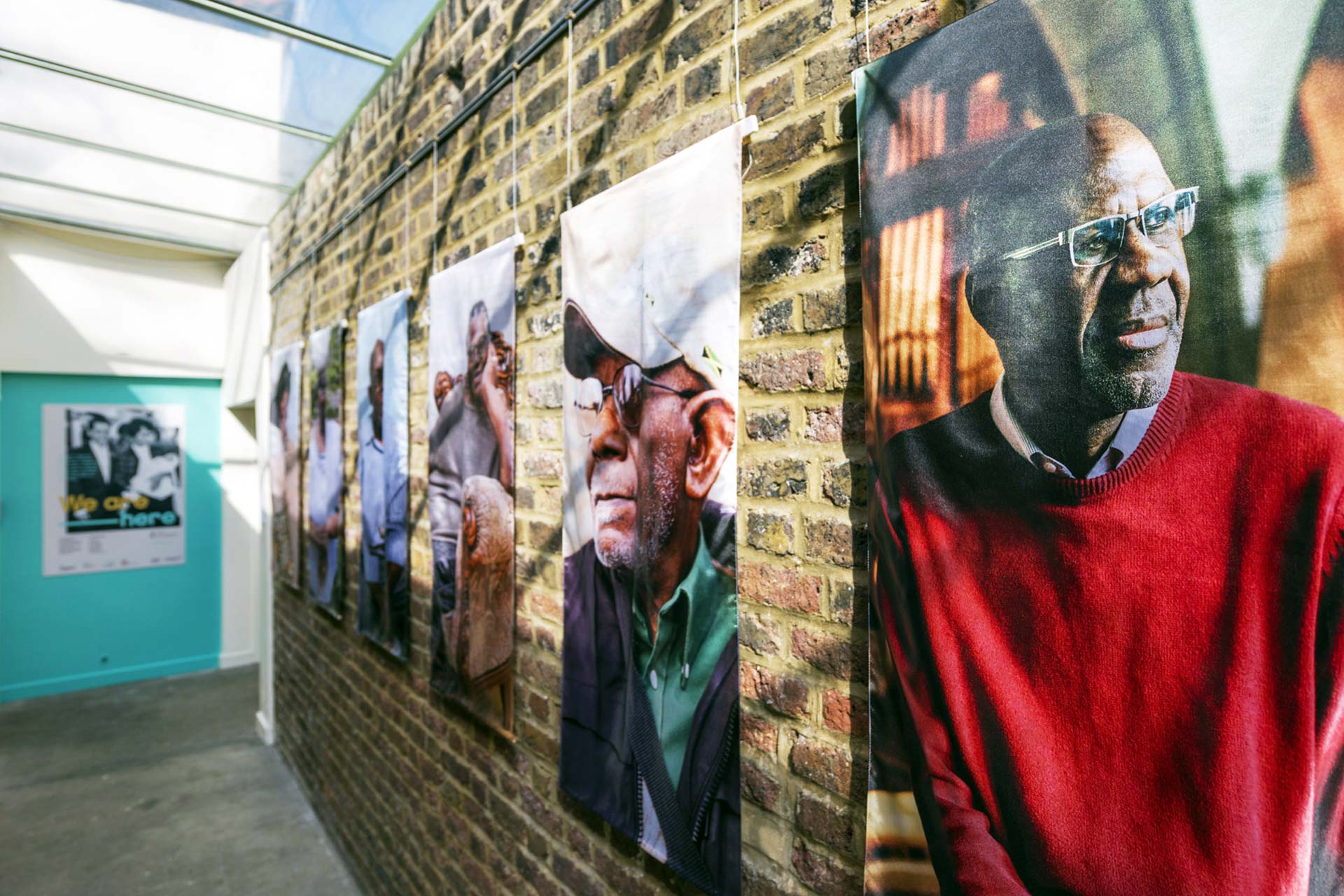 1. Black History Month: visit We Are Here At Vestry House

This informative and moving exhibition is now back open and free to enter in October as part of Black History Month. It’s the work of Image17, a collective of Waltham Forest photographers who’ve documented the borough’s many Windrush residents who came to the UK from the Caribbean to create new lives from the 1950s to the 1970s. The exhibition uncovers some of their untold stories across 50 contemporary photographic portraits, curated alongside over 100 personal family pictures, mementos and oral testimonies, providing a peek into lives lived in the borough. We Are Here, free during Black History Month, Fridays & Saturdays 10 to 4pm, Vestry House Museum, Vestry Rd, E17 9NH. More info here

This year’s Leytonstone Loves Film is in full socially distanced swing, with a lively programme of ‘watch’ parties, film-making workshops and more, all in conjunction with the Barbican. Our top tip is Take The High Road: local filmmakers, Marcus Shepherd and Stow Film Lounge are celebrating 2,000 years of the Leytonstone High Road with a cinematic road trip through Leytonstone, past and present. It’s premiered at the Nexus Centre, off Snowberry Close as part of Moving Pictures on Friday 2nd October from 7pm. Read our review and watch a 26-minute first cut right here; full programme of events (which ends Sunday 4th Oct) here

Remember the Makers Of Leyton mural, the proposed street art under the railway bridge at Leyton Midland? Well, the collective behind it, Making Places, is another council initiative to make Waltham Forest easier on the eye. Their latest mission is underrated Abbott’s Park in Leyton, which is set to be newly landscaped thanks to east London mob The Decorators, with mounds and hillocks and all manner of improved biodiversity, as well as bringing new life to the natural play area for kids.

4. We said RIP to Luna Lounge

Another Covid casualty, one of the best live haunts in E11 has now sadly closed down. As it’s a legal affair, we won’t say too much here, but for the full story head over to their social media account @lunaloungelondon on Instagram. Owner Suja posted this week that after 16 years “in distributing happiness into society through live music…the police and Waltham Forest Council have deemed me not fit mentally to continue.” We sincerely wish him all the best and hope the venue can reopen in some form.

5. The Leyton Stone is for real

Sure, almost all of you will know this, but we also bet a small proportion of readers haven’t realised that the name Leytonstone means the part of Leyton near the Stone. Got it? But where’s the stone? Well, it has stood right up at the junction of Hollybush Hill and New Wanstead near Goddard’s Vet hospital since the early part of the 18th Century. Originally a mile marker showing the distance to Epping, Whitechapel and Hyde Park Corner on its faces, the current obelisk only dates from the 1930s after the original was damaged by a vehicle. The base is the 18th century original, however. So there you have it: go on, take a selfie.

6. Where not to sit at Mora

Regular readers will appreciate how much we love Mora, but when you book, we advise making sure they don’t give you the table-for-two by the toilets. When the friendly front-of-house lady suggested we sit there, we had the foresight to ask for a better spot, and so did feel a little smug when, ten minutes later, the room was full and the next couple had to take it. Anyway: some outstanding dishes? Ravioli with jerusalem artichokes, hazelnuts, butter and sage nailed it, while truffle fans should head straight for the risotto with black truffle shavings. A little less impressive was a previous favourite of ours: the tuna carpaccio, a tad too fridge-cold. The bill adds up too, so watch out. But we still love you, Mora.  Follow @mora, 487 High Rd Leytonstone E11 4PG

Missed our story of the Leytonstone man who set free slaves commemorated in St John’s Churchyard? Read it here.

If you’ve enjoyed reading this – or perhaps are featured above – then we need your help. Until recently Leytonstoner was funded by the free monthly print editions of our sister titles Gasholder and Kentishtowner, which have sadly closed due to advertising revenues in freefall. This means both Leytonstoner and our small independent network of online-only titles is under serious threat. Every contribution is invaluable in helping the costs of running the website and the time invested in the research and writing of the articles published. Support Leytonstoner here for less than the price of a coffee and it only takes a minute. Thank you.