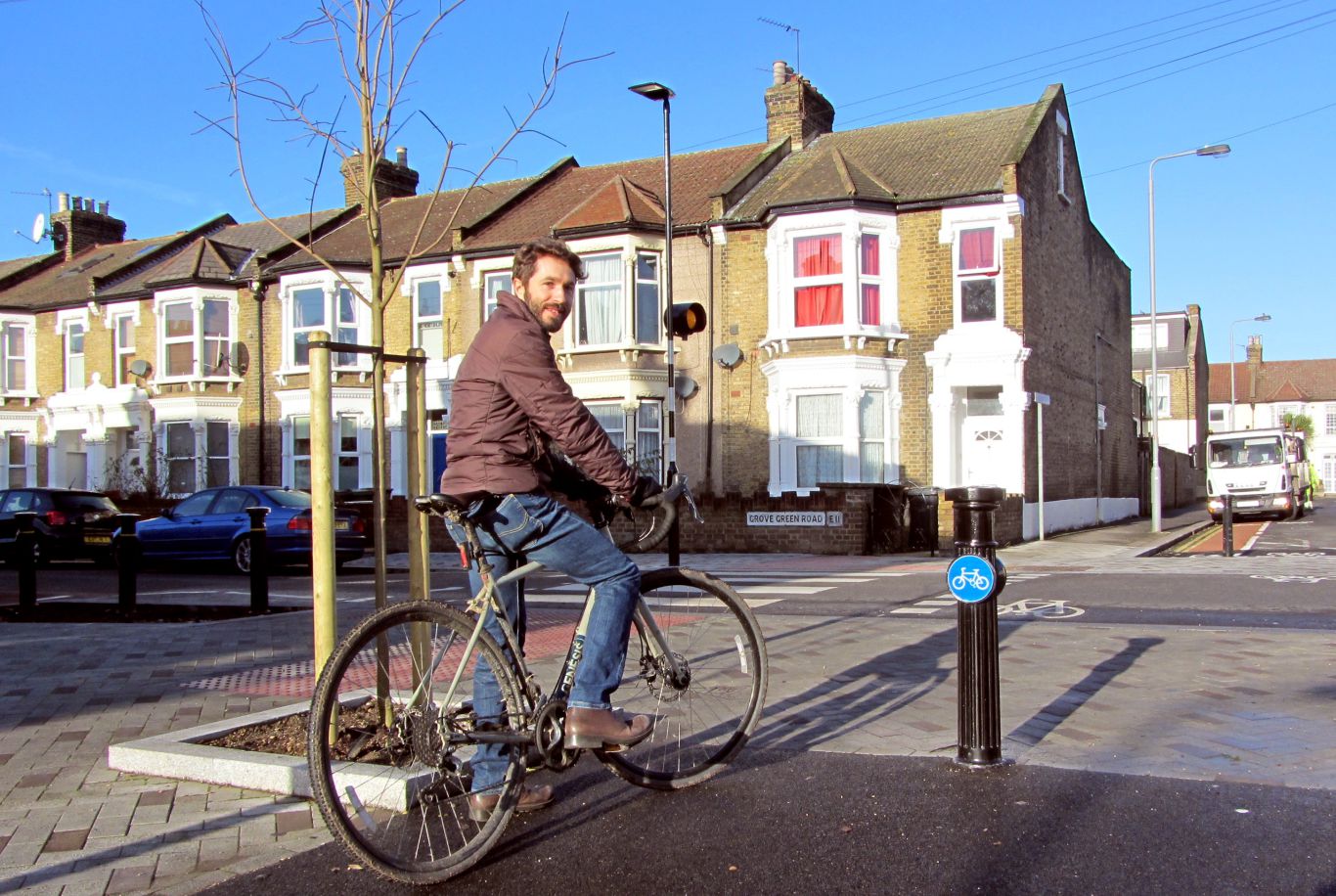 I spent much of last year on the road, touring Europe by bike and in the process coming across some amazing places where people, not cars, come first.

I was excited to hear about the Mini Holland project taking place in our home of Leytonstone and Waltham Forest, and curious to know whether or not it lived up to the hype.

Was it true that Walthamstow and Leyton were really to become the Utrechtand Copenhagen of London? Could Leytonstone bike lanes flow like those in Freiburg?

For it to be a success, it has to be safe for pedestrians and cyclists, and easy to get around for young and old alike. It has to be for people who aren’t necessarily “cyclists”; for people who just want to travel to the shops by bike, take their kids to school, or commute to work, as well as for the sports enthusiasts.

Waltham Forest’s Mini Holland project has at its core a vision of pleasant living spaces, people-friendly streets and improved bike lanes to help people get around the borough. All the evidence from similar schemes points to increased health levels and fitness, a lower burden on the NHS, better air quality and more people shopping and socialising locally.

I want it to be a success, and some great bits have been completed already. The redesigned high streets on Francis Road in Leyton and Orford Road in Walthamstow, for example, have turned busy through traffic routes into vibrant pedestrianised spaces, with easy two-wheeled access along them. I’m also a big fan of the on-street sheds that the council is rolling out across the borough. And there are sections of fully segregated bike lane around the borough, protecting cyclists and pedestrians from the traffic, parked cars and buses pulling in and out.

Lea Bridge Road has always been a necessary evil for cyclists – the most direct route between Hackney and Whipps Cross for people riding out of London in search of the quiet lanes of Essex on a Sunday, or commuting into London during the week – a battle with traffic and potholes, car doors opening without warning. Much of the rest of the Mini Holland work in the borough is set to transform this long road from a car-clogged artery for people to drive from Essex into Central London into a “street for everyone” – shoppers, pedestrians, cyclists and those on public transport, as well as for people who still need to drive, and the bits they’ve completed so far look good.

My concern is that without further investment, some of the projects won’t be able to deliver on the aspirations of the original plan. In Holland, if a bike lane is not safe for an 8-year-old to ride along on his or her own, then it is not a proper bike lane. There are limits to what the council can do – a limited budget, and working within the confines of the existing infrastructure – but for the project to be a success, everyone in the borough has to feel safe getting on a bike to get from where they are to where they want to go.

I took Clyde Loakes, Deputy Leader of Waltham Forest Council, and the man responsible for delivering the project, for a spin around the borough to find out more.

How far have you come, and how much more is there to do?
Our original bid was based on a “village” approach. We set up a number of villages which would reduce the amount of through-traffic in highly populated residential areas.

Originally it was supposed to be a very short project, three years. It was quite a big ask because of the scale of the ambition of some of the projects that TfL and the mayor had agreed to fund, so moving it into a longer term project was helpful.

Around 70% of our projects are on the ground or are completed, so we’re coming towards the tail end of the development. The biggest project is Lea Bridge Road and Whipps Cross roundabout, and that’s £15m of the £27m.

It’s not just for cyclists. The majority of our schemes bring significant benefits to pedestrians, they improve the public realm. We’re widening pavements in a lot of places. We’re improving bus accessibility, reliability and efficiency as well. Lea Bridge Road for example is far from just a segregated cycle track. There’s pavement widening, a lot of pedestrian priority, improving pedestrian crossing points. It’s about sustainable modes of transport.

Could an 8-year-old or an 80-year-old use the lanes?
It’s a great ambition, and that’s where we want to be. I don’t begin to think that three years after the council working with TfL, we’ve suddenly changed our streetscape. You can put the infrastructure in, but there’s got to be a lot of change around behaviours. Our villages programmes hopefully will encourage more older people to get on their bikes, and more people to think that it is OK for their kids to scooter or walk or cycle to their local school.

Does it live up to the name “Mini Holland”?
I definitely think we’re up there, playing in the same field as some of those pioneers and groundbreakers in other European cities that understood the need to develop and prioritise sustainable transport way back in the 70s. And the evidence of that is the amount of people who want to come and see the work that we’ve done. We’ve had international students come here to talk to the engineers and see it. I didn’t think closing a road was such a radical ask, but what we did was close a number of roads at the same time, and we created these villages, rather than just dealt with piecemeal particular issues.

This is box title
Want to get more involved in cycling in Waltham Forest? Try cycle training or the community bike scheme.